Home Central America How Not to Get Mugged in El Salvador 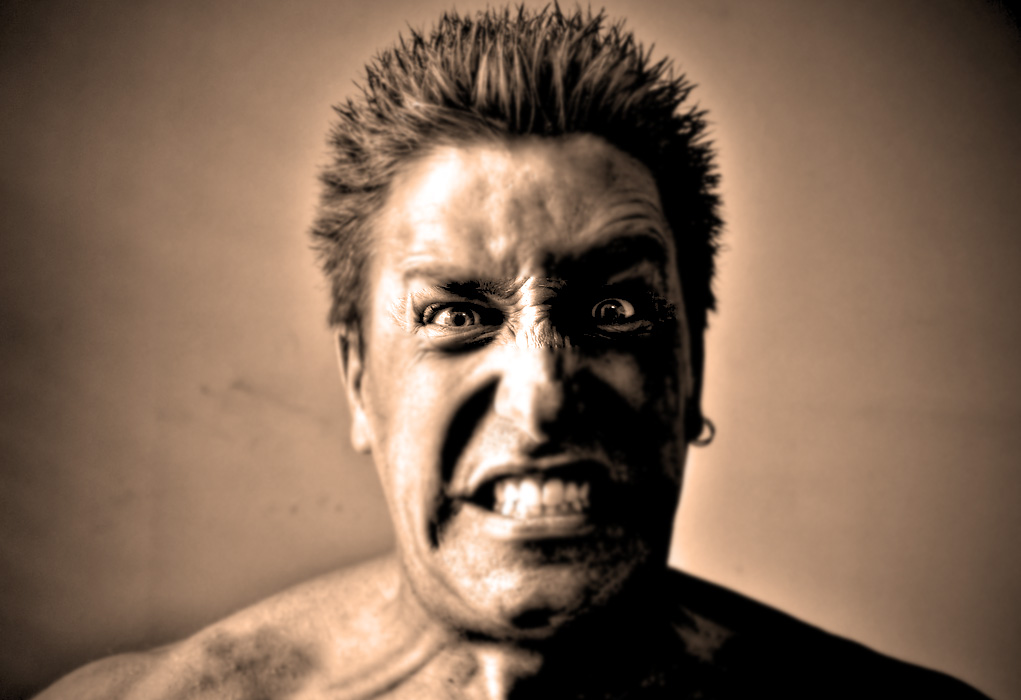 It’s midday in El Salvador’s sweltering capital, San Salvador. I am sitting on the back seat of a stationary, rickety, intercity bus. I’m saturated in my own sweat and I’m praying for the traffic to get moving.

Why am I praying? Because I’ve just heard these words:

A large, muscular, silver-toothed gentleman is sitting down facing me. He is asking me for my wallet and my money.

I am the only other passenger on the bus and the only other person onboard is the driver, who is at the other end of the bus, jabbering on his phone and intermittently blowing the horn.

I fix my eyes on his, not in any kind of attempt to intimidate – he is much bigger than I am, we’re on his turf and, you know, I’m not crazy – but rather to try and get a read on how this is going to end.

Now, I consider myself a savvy traveler how did I get into this situation?

Well, I had been traveling by bus from Suchitoto to Santa Ana, which meant getting a bus to San Salvador, changing bus terminals, and continuing on to my final destination. No problem.

I did my usual thing of asking the people who herd passengers from bus to bus how I could get to the other bus station. An intercity bus or a taxi were the two options; taxi for $4 USD or bus for 20 cents. This was a no brainer for a budget conscious backpacker like me.

It turns out, though, that even in broad daylight a bus is not a wise choice when you are carrying a 70 litre backpack and are quite obviously not a local.

So, back to my present predicament and much like the midday traffic, time grinds to a halt. They say, you have two responses when met with danger – fight or flight – but opting for neither, I pretend not to understand my enemy’s demands:

“Sorry, I don’t speak Spanish”, I say in what I hope is bad enough Spanish to make him think I really don’t know what he wants.

I don’t know why I adopt this defensive tactic. Do I think he’s going to apologize and make a hasty exit? Maybe he only attempts to rob people who are of the native tongue?

Anyway, he takes my words as an invite to make his demands clearer. He points to my pockets and rubs his fingers and thumb together giving me the universal hand gesture for ‘money’.

[box type=”info” border=”full” style=”rounded” icon=”https://onajunket.com/wp-content/uploads/2012/05/info_sign20.jpg”]As of March 2012, El Salvador has seen a 40% drop in crime due to what the Salvadoran government called a gang truce. In early 2012, there were on average of 16 killings per day but in late March that number dropped to fewer than 5 per day and on April 14, 2012 for the first time in over 3 years there were no killings in the country. Overall, there were 411 killings in the month of January 2012 but in March the number was 188, more than a 40% reduction in crime. All of this happening while crime in neighboring Honduras has risen to an all time high. Source [/box]

Okay, I think, it’s time for a different tack: innocence and ignorance. I go with:

“No, I have already paid the driver,” as if this is the guy I think goes around checking fares like some sort of bus conductor from the 1970s.

My adversary glares at me, clearly incensed by a lack of cooperation. He tries again:

At this point I feel I have no choice with my next move in this game of chess, this tactical battle of wills.

So I pretend to have finally understood him by furrowing my brow, looking irritated and simply say: “Ohhhhh. No”. That’s it. Just no. Now that I understand the situation I do not accept it.

I fix my eyes on his, not in any kind of attempt to intimidate – he is much bigger than I am, we’re on his turf and, you know, I’m not crazy – but rather to try and get a read on how this is going to end.

I wonder whether or not he will attack, but my biggest concern is the consequence of losing my wallet. I have no phone and, as a solo backpacker, without any money I quite literally would not know what to do.

Something’s happening. His phone rings. He pulls it out starts talking and I dare not loosen the grip I’ve got on my backpack. I wish I knew what he was saying. Maybe it’s his boss, maybe he saw me getting on the bus, maybe he’s asking for an update, and maybe he’s going to get backup from the other members of the gang he must surely belong to.

Read up on more Scary Travel Stories from adventure travelers.

I sit there resolute; unwavering in my quest to keep my belongings, with my arms ringed through the straps of my bag.

The longer the stand off continues, the more I think the tide is turning in my favor. At this point, it’s all about survival. If he were going to pull a weapon on me, would he not have done it by now?

As his phone conversation continues, I don’t want to appear weak, worried, or threatened so I look out of the window at the traffic, implying all these stationary vehicles are equally as irritating as being asked to hand over my wallet.

I want to look like I’ve dismissed his ludicrous suggestion. Like I’m not giving him a second thought and I hope my increasingly profuse perspiring isn’t too revealing. Why isn’t this damned bus moving yet?

His phone call ends. Here we go. What’s going to happen next? Does he have a plan? He continues to sit on the seat in front of me and stare while saying nothing. The anticipation as a result of the silence is indescribable.

He’s hoping I’ll give in. I start to think he doesn’t have a next move; he’s just an opportunist, and his only weapons are fear and intimidation. The bus finally starts to move but my would-be mugger does not. My God man, either do something or give up.

As the seconds amble by, I glance between the window and his eyes. Stony-faced, I keep my facade going. You will take nothing, I think.

His phone goes again, he begins to talk and, as we round a corner and come to a stop, he beams me a grin that says “I wasn’t expecting that. Well done”, before jumping off and leaving me incredibly jittery. I can’t quite believe it.

When we get to the bus station, I step down onto the dusty road and, head down, make my way into the terminal. I meekly ask someone which bus to take to Santa Ana, get on it, and spend the journey wondering how I’m going to shake off this unwanted episode.

In short, if you really want to save $3.80 there are less stressful ways of doing it.

Jen and Jeff from A Spin Around the World