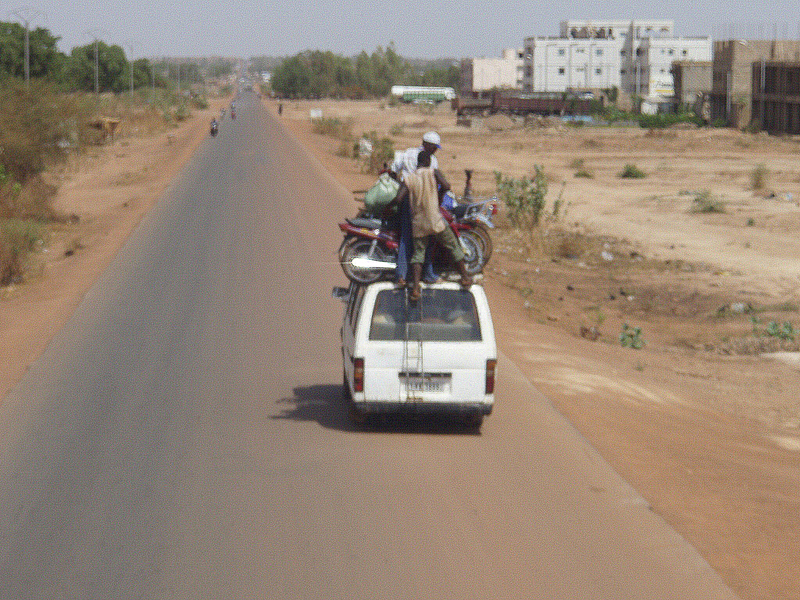 Behind the bus station, the sun was sinking. ‘Bus station,’ though, was a misnomer. ‘Mobbed parking lot’ was more accurate.

My sister, Kelsey, and I jostled through the crowd, dancing around battered buses that couldn’t possibly run, but somehow did; passengers; drivers; and touts who were loudly and exuberantly trying to get people onto their buses.

We only managed a couple steps before ten guys swarmed us, all determined to be the one who got us where we wanted to go.

We were in Masvingo on the last leg of our 20-some hour journey from Victoria Falls to the Great Zimbabwe Ruins.

The ruins – the dzimba dza mabwe, ‘houses of stone’ – are the only ancient structure in sub-Saharan Africa. They are a collection of stone walls that cover more than 1,800 acres, with the Great Enclosure, the centerpiece, towering eleven meters high.

Managing to explain where we needed to go, we were ushered into the company of a local woman, our new guide, who lived near the ruins and would ensure we got there. She was a tiny wisp of a thing, dwarfed by the huge bundles of goods she was transporting from Botswana.

She took command, fending off the touts and taking us to a matatu – mini-bus – and putting us safely onboard. She told us to sit tight and went back to get her bags loaded on the roof, refusing our offers of help. 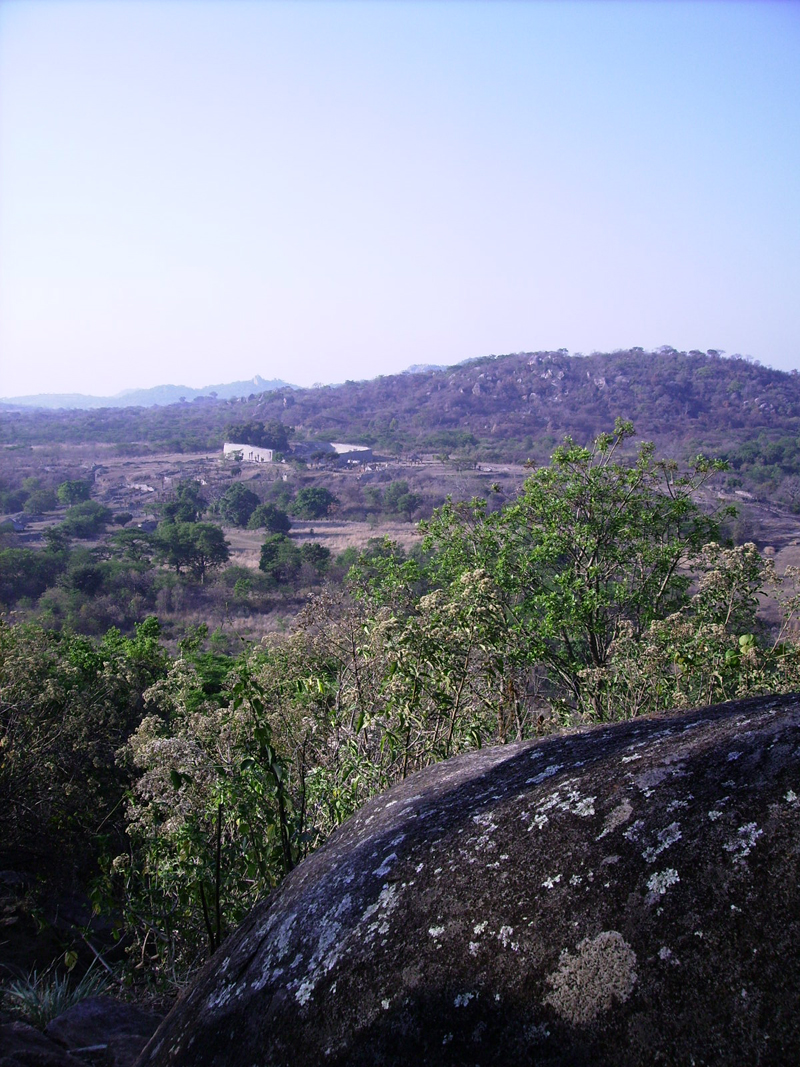 We were ushered to the back row and were squeezed onto one seat between four men. It was far from comfortable, but we were where we needed to be.

Hopefully the matatu would leave soon – the sun was creeping closer to the horizon and the bus was full.

Except that it wasn’t. It was designed to hold thirteen people and there were already fifteen waiting inside, but in Zim, we were only halfway to capacity and matatus don’t roll until they’re full.

It was no secret that two white girls were on board. Three times different people came to the window and banged on it to get our attention and say ‘hello,’ completely ignoring the poor guys between us. By the time the fourth guy came and knocked, we were used to the routine.

“Hello!” The man shouted, demanding attention. “How are you?”

“Hello,” Kelsey gave a little wave, restricted by the press of bodies. 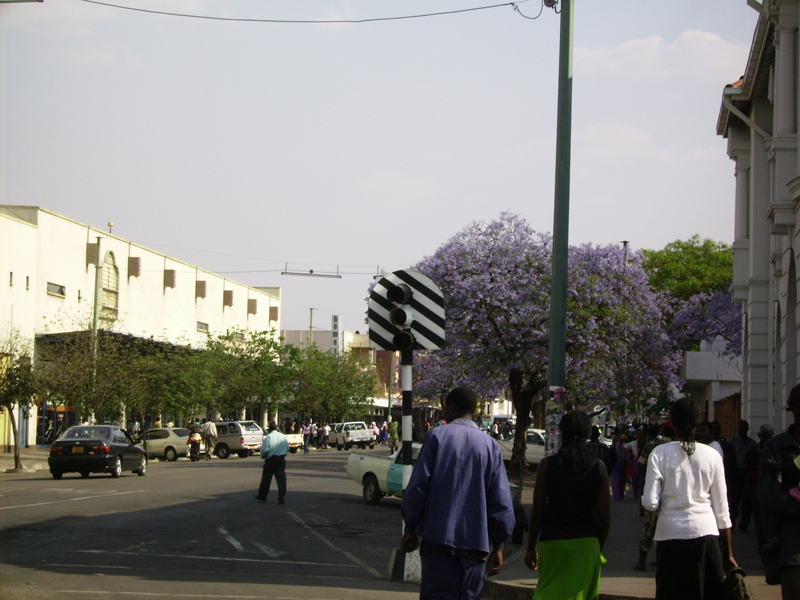 The man seemed to wander off at that, following the same pattern as the others. We didn’t expect him to suddenly get onto the crowded matatu, rudely pushing past all the passengers, and heaving himself into the seat in front of us, all but sitting in the lap of the man already there.

“Hello!” He thrust two lollipops into our faces. “For you!”

“No!” He was flabbergasted and found it hilarious that we couldn’t speak his language. He turned to the matatu in general, hollering about it to everyone, though no one seemed to want to listen.

Kelsey and I traded a look and I whispered, “At least he’ll leave when the bus goes.” 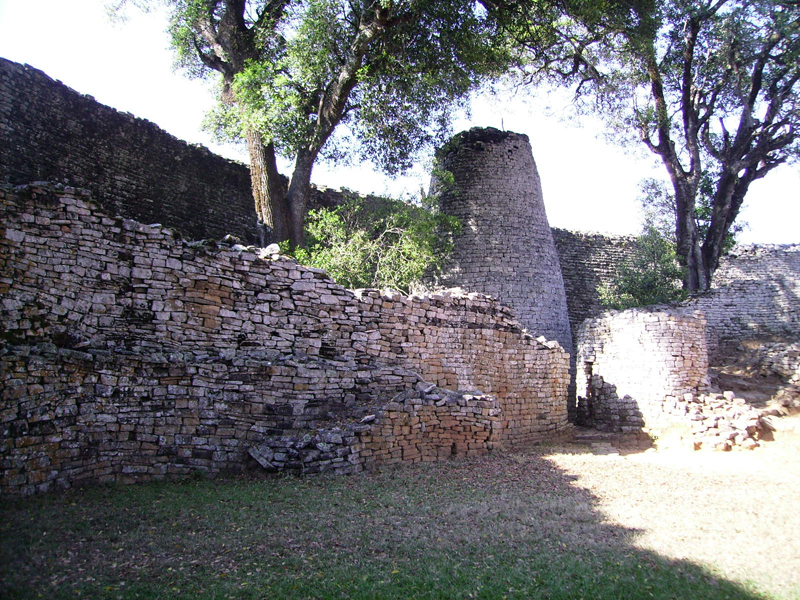 The woman that was helping us returned and checked on us. With the last of her bags in place, she crammed in on the floor behind the driver’s seat and the door slammed shut.

We were off! But the loud, rude man was still on board. Shit.

The matatu groaned its way out of the lot. The cushion-less seat became agony, springs jabbing our butts as the heavy bus jarred its way over potholes on non-existent shocks.

Right away a baby started wailing, its shrieks competing with the coarse shouting of the man who’d followed us on board. He didn’t stop yelling until he turned back to us, demanding, “You don’t speak any Shona?”

He shook his head, twisting back and picking up his screaming match where he’d left off, someone at the front yelling back. A lot of people started looking pissed off.

The matatu lurched. The elbow of the man beside me jabbed into my ribs. The guy beside Kelsey was slowly sliding onto her leg.

It seemed like we stopped every fifty meters, people pushing their way on or off, having to unload bags and bundles of goods every time. The sun was setting behind us – night was going to fall soon. We needed to hurry up!

The stink of sweaty bodies wafted up and squeezed the air out of the matatu. Someone farted. It was hard to breathe. The baby wailed and the awful man who’d followed us had to shout louder to be heard.

He turned to us again and we groaned. He was the rudest person we had met, the opposite of all the warm-hearted kindness of other Zimbabweans. We ended up dubbing him “The Horrible Man.”

The Horrible Man whirled to start shouting again. The stink of BO got worse. Elbows jabbed. Knees jarred into seat backs. The baby let loose a shriek that would make a banshee cringe. 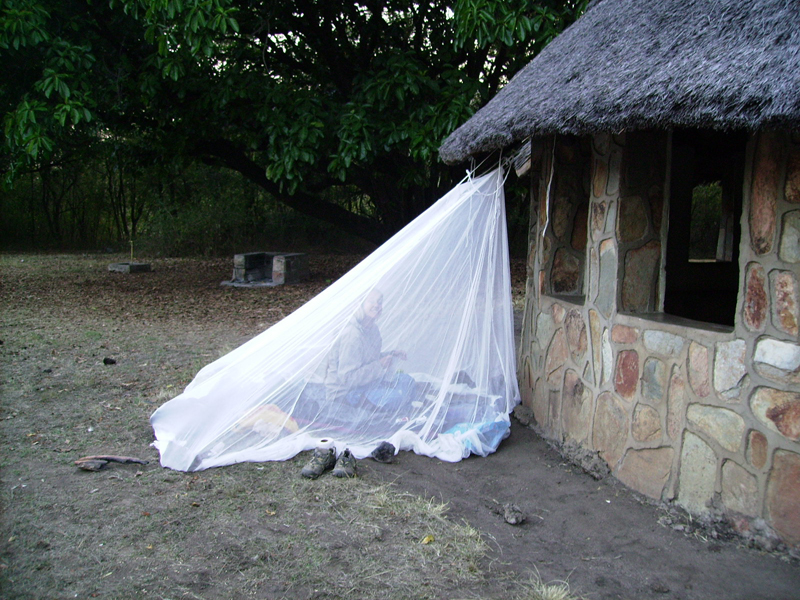 The Horrible Man spun around again. “You cannot forget me! You have to remember me. I cannot stand for you to forget me!”

“Don’t worry.” I set him with a stare, tone leeching sarcasm. “I promise we will never forget you.”

The Horrible Man didn’t get it. “Good! I am happy!”

Of course, he then started shouting again.

The sun had vanished completely when the matatu turned right. Crap – on the map it was a straight run from Masvingo to the ruins.

The bus stopped, the woman gesturing for us to get off. What? But we were in the middle of nowhere!

Everyone insisted and we crept out. The woman pointed down the road and told us we just had to walk that way.

What? There was nothing around. We had no idea how far we still had to go and it was getting dark.

No one else seemed troubled though. They all just waved and wished us well.

Then the Horrible Man got off too.

The matatu grumbled away, the Horrible Man beaming and waving it off. Kelsey and I hefted our packs and strode off at a quick pace. The Horrible Man noticed we were leaving and launched a pursuit, yelling for us to come back and wait for him. The last thing we wanted was to be huffing it down some Zimbabwean highway in the middle of nowhere with night fast approaching with the Horrible Man following us.

We got rid of him with a series of curt thank you’s and goodbye’s thrown over our shoulders, neither of us slowing. Either he got the hint or got bored. We didn’t care which.

Kelsey and I rushed down the highway, just shy of running. We were basically lost and looking for a campsite that might or might not be close enough to walk to and which might or might not exist. It was nearly dark. We were out of water. And we’d just been dumped somewhere in Zimbabwe.

About ten minutes later, we spotted a fancy sign for the ritzy Great Zimbabwe Hotel. Oh no. Was this where everyone had thought we wanted to go? We couldn’t afford that! In our rumpled clothes and dusty boots we felt out of place just in the parking lot.

We rushed ahead, frenzied now that even twilight was fading. Behind the hotel was an access road, but it was blocked by a padlocked gate. Come on!

We were turning back when a security guard came over. I think he was planning to turn us away, but we pleaded so desperately, gesturing toward the campsite beyond the gate that he unlocked it and let us in.

Scrambling through, we all but ran down the dirt road. We could barely see through the encroaching darkness.

A building loomed ahead. It was locked and completely dark. Digging out our headlamps we inspected it, guessing it was the entrance for the ruins.

So, where was the campsite? The dirt road we’d come in on branched off at the building but there was no sign. We randomly decided to try going right.

We needed this campsite.

Our flashlights managed to pick out another structure ahead and we bee-lined for it. It proved to be a gazebo with a concrete floor and thatched roof. We weren’t sure if it was the campsite or not, but when we spotted a water tap off to the side, it was good enough.

We filled our bottles and collapsed. Kelsey started laughing kind of hysterically and it was contagious.

When we finally stopped laughing, we finagled a rigging for our mosquito net, hanging it from the roof and draping it over the grass. Crawling inside, we lost ourselves in a night where the silence was unbroken save for the chorus of crickets, and the darkness was interrupted only by stars.

We’d survived the matatu. We’d made it.