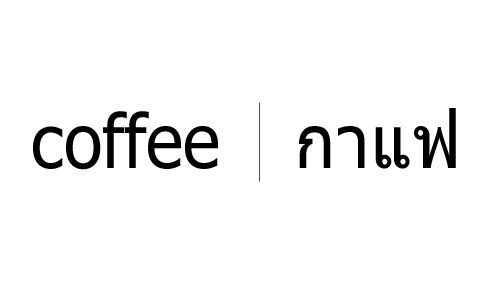 The painted sign outside of the Kohn Kaen Hotel boasted its amenities—coffee shop serving “American-style breakfast,” bell-hop service, and laundry. My husband and I were on our honeymoon in Thailand, visiting a small city in the northeastern region. We couldn’t care less about eating a pancake since we had already fallen in love with lemongrass, but as we peered down the hall from the front desk, we realized that the coffee shop had a dual life. There were bottles of hot sauce on each table attempting to look like ketchup for the morning crowd, but there was also a stage in the back with a stereo system complete with two large woofers. A man dressed in a Nehru jacket with the striking red and gold embroidery of Thai silks was testing spotlights and conducting a sound check.

We showered and dressed, thinking happily that we might be able to experience something about Thailand this evening without consulting a map or Thai dictionary. Our original intention was to avoid tourist accommodations that might distance us from Thai culture, and in this modern, comfortable space, we worried that this experience may not be “authentic” enough. Still, there were no tourists in the coffee shop–only Thai people. After five days of braving the last vestige of monsoon season in small guest houses and a beach hut, maybe tonight we could just relax and do as the Thais here were doing. We ordered two Singhas (Thai beers), and sat back to enjoy the show.

The first singer took the microphone. She donned a form-fitting, purple silk dress with a slit in the front. An orchid above her ear highlighted her young complexion and glistening eyes. Her song featured the manifold tones customary to Thai language, high-pitched vibrations in a single beat emanating from the depths of her nose. At first, our American ears registered nothing but twanging sounds, but a few more Singhas, and we became quite accustomed to the music, which featured synthesized percussion in a cha-cha-cha rhythm throughout the song. We imagined that this was a typical kind of Thai pop music.

The next act came in a trio of young women similarly dressed to the first, but this time, they performed a coordinated dance that reminded me of the aerobics routine I presented with my friends for gym class in the fifth grade. Clap, clap, turn, turn, right foot forward, all moves enacted while counting to the music in a style so mechanical, Britney Spears could have been light years away. As they crossed the stage at the end of the song, the three were presented with leis by a somewhat older woman. Her job for the show, besides handing out leis, seemed to require standing to the side and making occasional marks on a white board behind her.

“Yes, please. Khob khun maak,” we answered, pleased with the few words of thanks we were able to use successfully.

As we watched the next two acts, the spotlights crisscrossed the stage in purple and yellow, further clouding the murky aura of alcohol consumption that had descended upon us. I noticed that the woman from the last act received three leis when the one before had not received any. Assuming that the donning of leis signified a kind of approval rating from the audience, I turned with a look of disappointment to my husband as if my favorite contestant hadn’t made the final round of singers on American Idol.

“Well, that doesn’t seem fair,” I told my husband, “I’m not used to the music, but I think the singer before definitely had a nicer voice than the one we just heard. Why didn’t she get a lei?”

My husband paused with a quizzical look on his face. “Wait a minute,” he said, taking a long look at the singer. “Are you sure these girls are actually singing?”

Then I noticed it too. Just as the last performer stopped singing, the voice continued for an eternal second. I looked at all the singers now, awakened to the fact that these acts were probably lip-synched. Ah well, we thought, the Thai language was a mystery to us either way, live or lip-synched.

But this was the first hint of a larger reality that had escaped us, and as the current singer was being presented with no less than six leis, we noticed something more. We saw the girl from the first act sitting with the man at a table adjacent to us. There was another singer at a table near the door, and alas, the girl with her six leis was heading for a round table with six men.

And then the realization arrived, although our questions lingered. If we followed the logic of the history of the sexes, young women on display, men being catered to, here was yet another business transaction in the world’s oldest profession. Was prostitution the truth of show night, all dolled up in karaoke and silk? The singers are prostitutes and the leis’ a signal as to which girl the men desired?

“These women are young enough to be my DAUGHTERS!” my conscience shouted, yet I stifled the women’s-college-graduate urge in me to storm out of the bar. It was just too intriguing to leave at that moment. A man by the door joined hands with one of the singers. He did not grope, nor did she wrap herself around him. They simply moved past a large fish tank and out of our sight.

My curiosity posed questions in an interminable circle: What words were the women singing? Were they like Thai Geishas, so daintily clad and made up? There was a mellow, jovial atmosphere about the place. Maybe the performers already knew the men. Were the clients businessmen who regularly frequented the place? The girls their courtesans? And what is everyone doing getting “leid” in a coffee shop anyway?

I looked at my husband with a puzzled hilarity. Had we been so naïve as to think that we were simply listening to singers at a show? We gazed around again, this time seeing that I was the only other woman besides the singers in the place. . .

That evening seemed so opposed to the sex industry that we would observe some time later during our ventures on the main streets of Chiang Mai, a popular tourist destination. In this city along the ancient silk route, there were scores of open air cafes with young girls in short skirts, sitting on bar stools, sipping sodas and waiting. One café owner motioned to my husband to choose what he liked, “Anything you desire…” the man was saying, just as I was peering out from the gift shop around the corner.

But what exactly was so different? We surmised the only difference was that the business of sex in Chiang Mai was expedited for the tourists, mostly Western men, while the town off the beaten path had loose ties to a more ceremonial past. Perhaps it should have been no surprise at all to find sex in a place that called itself a coffee shop, somewhere on the other side of the earth.

How Not to Get Mugged in El Salvador