Home Asia What not to do in a thunderstorm, c 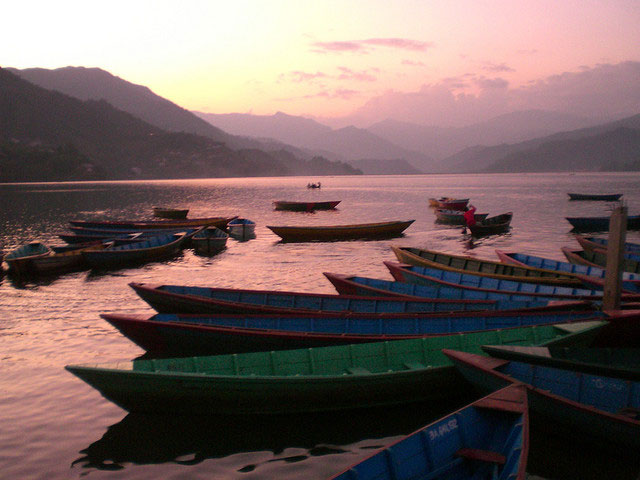 I wouldn’t exactly call myself clumsy and I would like to think I’ve got pretty good judgement when it comes to unknown territory, but during a six month backpacking trip with my partner Tim, I began wondering if I’d been cursed with some kind of ‘travel blunder’ syndrome.

We were about a third of the way through the trip and I’d already endured my fair share of humiliation. In fact, by this point I had already fallen off the back of a moped due to the weight of my own rucksack, driven a moped straight into the side of a parked truck, fallen down a set of stairs in a bar in my bikini, and forgotten to lock a door in a hole-in-the-ground style toilet. I’m not sure who was more humiliated this time mind you.

Of course I knew that going to a new country for the first time would no doubt result in a few choice moments of hilarity, what with the language barrier and the difference in customs. I just didn’t realize that 99 times out of 100 these moments of hilarity would be at my own expense.

One particularly humiliating incident involved a thunderstorm and a rowboat…

We arrived at Pokhara, Nepal after a grueling and somewhat terrifying twenty plus hour journey. This had involved a three-hour wait at Varanasi train station where we were very nearly trampled to death by an irritated cow, an overnight train where it is impossible to sleep due to the tea sellers insistent cry of “Chai, chai, garam chai” coming down the aisles every 30 minutes and a three-hour taxi ride to the India/Nepal border in which the driver insisted on playing very loud Indian pop music for the entire journey. It was a relief to be finally bundled onto a rickshaw, which then deposited us at immigration. Immigration turned out to be two men sat in a shed by the side of a road.

After crossing the border I relaxed a little, we’d arranged for a car to take us all the way to Pokhara and after enjoying a cold coke for breakfast, something that was becoming more and more frequent, our driver called to say he’d arrived.

A few pleasantries later and we were on our way to Pokhara. I fished out a jumper from my rucksack, positioned it in a good spot behind my head and looked forward to a few blissful hours of sleep.

Two minutes later I was woken by a jolt and a bump. The road surface was unfinished and we were snaking around mountains on which one side was a perilous looking drop. For five hours this continued. It’s not particularly easy to sleep when you’re been thrown from side to side in the back of a car, especially when you’re been woken at every turn by the deafening beep of horns as the driver coming round the other side of the mountain warns you that they’re coming round the other side of the mountain. Both vehicles then have to do the obligatory ‘who goes first’ dance to get past each other. It was definitely preferable to be on the inside next to mountain than it was to be on the outside next to the edge. After we’d passed our third crash of the day, I decided sleep would have to wait.

After almost being driven to our deaths for the last five hours, our arrival into Pokhara was particularly pleasing. We’d made it alive.

We were taken to our hotel and after tipping our driver and exchanging a few “Namaste’s” we dragged our packs up to our room, only to find the cockroaches had made it first. Tim then went back down for the bug spray.

We planned to enjoy a day or two of blissful rest and relaxation before going on a three-day rafting trip down the Kali Gandaki River, something that Tim assured me was going to be a great way to meet a few people. At this point I’d completely forgotten about the rafting trip and after having my first shower in 48 hours fell promptly asleep.

We woke to blue sky and bright sunshine. From our window you could see Phewa Lake perfectly reflecting the snowy peaks of the Hamalaya and street, lined with cafes and shops selling fleeces, trekking shoes and prayer flags. Nepal’s second largest city is simply fascinating. Tourists, trekkers, Buddhists and adrenaline junkies make up the bustling city. It is the end point for the famous Annapurna Circuit trek and the starting point for the trek to the Annapurna Sanctuary. On a clear day you can even glimpse the fishtail peak of Mt Machhapuchhare.

“You fancy getting a rowboat?” I asked Tim over a breakfast of iced tea and French toast.

“Sure” he nodded, “Looks like it’s going to be a clear day, we can do a bit of swimming”.

So we agreed and headed off in search of a boat seller.

I spotted what looked like a nice grassy bank, also judging by the sign, the boats there were cheaper than the others, sold. “You want boat?” a small maroon looking figure approached us. Underneath the maroon, a middle-aged woman’s face appeared “Namaste” we both chirped, “yes please, one boat please”.

She led us barefoot over some pointy and sharp looking rocks, (we were both in practical if not slightly ill fitting velcro sandals purchased especially for the occasion) She then gave us an oar each, told us to get in and effortlessly pushed us off the bank and into the lake. I made a mental note to get some proper muscles when I got home.

Now, you’ll have to understand that the lake didn’t look so big from where we were and the other side didn’t look that far away. But that may have been due to my shortsightedness and unwillingness to purchase prescription sunglasses.

Tim had to do most of the rowing to get us to the other side of the bank. By the time we reached the middle of the lake my arms simply refused to cooperate further. I reminded myself about those muscles.

A good half hour and a few heated discussions later we had made it to the other side of the lake. “Do you think it’s clean enough to swim in?” I asked as I noticed Tim already jumping in. I guess it was.

After a few blissful hours of splashing around, reading, taking photos and making a few notes for the travel journal we decided it was time to head back, drop the boat off and go for a cold beer. Boating was thirsty work.

Almost immediately after setting off it began to rain. Somehow we had failed to notice that the sky was looking a little bleak in the distance and by bleak I mean black and by black I mean there was no doubt going to be a massive thunderstorm any minute.

We exchanged glances and Tim did a sort of sideways nod towards the bank we’d just left where there was one single tree with a few sparse branches. “You want to shelter for a bit?”

I figured we were already wet from the lake and we might as well keep going. The sooner we got back the sooner we could enjoy that cold beer.

In hindsight, this was probably not the best decision. The weather suddenly took a turn for the worse.

About a third of the way back it became apparent that the water was getting a bit choppy and my rowing skills were clearly not up to much. Tim was trying to steer us back and I was making the boat go sideways. Basically it got to the point where the boat wasn’t going anywhere. This wouldn’t have been such a problem if it weren’t for the amount of water coming into the boat and the fact that the rain had turned into a full-on thunderstorm. We’d heard a story about golf-ball sized hailstones and passed it off as something that happens in winter…

I was starting to panic. We were stuck IN THE MIDDLE OF THE LAKE IN A THUNDERSTORM.

To make matters worse, I could see that there were no other boats on the lake at all. It seemed we were the only people stupid enough to try and row back during a storm. There was however a small crowd beginning to gather on the bank.

The other boat wasn’t trying to get back however. In fact it was heading in our direction. Maybe they need help I wondered. I couldn’t have been more wrong.

As the boat got closer, which it did surprisingly quickly, I realized it was a boat full of Nepalese children. I’m not sure exactly how old they were but they looked on average about 13. In perfect English one of the kids called over, “Hey, you need help?”… My reaction of course was to say no, we’d be fine thank you. My feelings were that if they had just rowed across the lake then so could we. But Tim who knew better, had already nodded his approval and before I could thoroughly hang my head in shame, the kid was climbing into our boat. He then politely told me to move and grabbed my oar. Pretty much on his own, (although Tim will strongly disagree with this) he rowed us back to the bank where we were greeted with a round of applause and quite a bit of laughter. My face was glowing but Tim seemed to be enjoying the moment. “Tim” I whispered, “let’s go please”. I think he found the situation quite hilarious, whereas I just wanted to get as far away from the scene as fast as I possibly could.

We found the nearest bar and got two very large and very cold beers.

“That’s it”, I said, “I’m not going anywhere near another boat.”

Jen and Jeff from A Spin Around the World