Home Asia The Indian Head Bobble: a yes, a no, and a definite maybe! 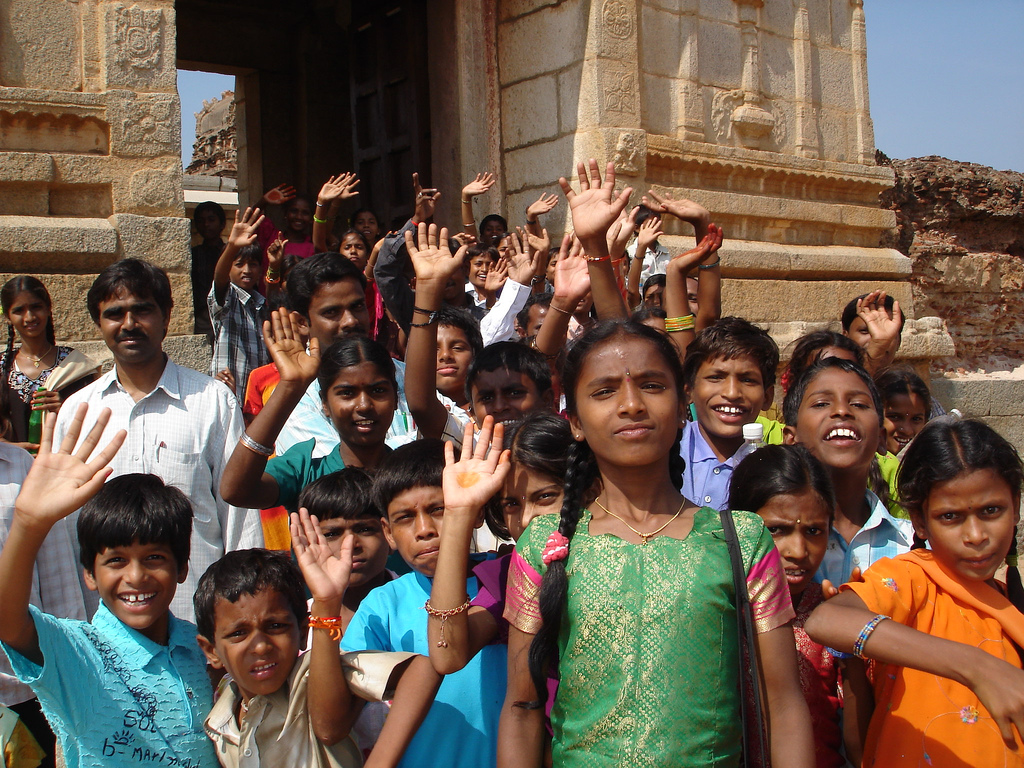 The head bobble is eccentrically ingrained in the Indian personality. And it is often done with quite a serious expression. After one’s initial astonishment at viewing this phenomenon firsthand, you find that you rather get used to all the bobbing about. It has a particular rhythm to it and threatens to be curiously contagious. Human confidence, when incorporated in the quaintest of things, is often quite endearing.

[quote]There, in a holed out store the size of a cupboard, one book seller boasts that he read ‘Shantaram’ first in English and then in Hindi, and the Hindi one was far better, bobble, bobble, and this meant the ‘yes’ bobble.[quote]

The Indian who journeys to foreign lands, equipped with the mandatory seventeen distinctions in software algorithms, has to struggle to restrain his neck muscles from the urge to bob about, especially while in the company of his new, still-headed colleagues. How very strangely rigid these new contemporaries must appear!

Just picture it, Miss Universe India, in the spotlight of a thousand flashing cameras, resolutely trying to stop the bobble of a head of long, glossy, dark hair.

Indeed, it is the honed art of the Indian Cricket Team, who appears to have an entire conversation of head bobbles without the opposition deciphering their googly bowling tactics.

In succeeding to get his green card, the Indian expat might lapse into that rare wiggle, after all, his much wanted citizenship has just been affirmed.

When I first journeyed to that colorful cauldron of Mother India, I was luggage-d-off with warnings of being swept off my feet by the charmingly lyrical English spoken by its people and by the mesmerizing etherealness of the Taj Mahal. And further warnings about the assault of smells and beggars. Yet it was the bobble-head that made the first and lasting impression. Somehow it managed to both perplex and reassure me.

I was entranced and infuriated at why the doorman, the porter, the taxi driver and the street kid answered my harried questions with a bobble of the coconut oiled head. Yet, at the same time it seemed to declare, don’t worry Madamjee, everything is going to be all right. Yes, no, maybe, it is possible, it might be probable, but it is a definitely request worth meditating about!

Perhaps the reason the bobble head exists, is because of the Indian inability to say no, so as not to disappoint as well as not to close the door on opportunity. Perhaps they might change their minds half way through the yes, and so, it’s safe to just stick with the bobble.

I first established this, when I went book buying in the back streets of Mumbai. The dark, narrow alleyways might have been not as tempting as your average mall book store, but the low prices were more than irresistible.

Then, with dreams of filling over-filled bookshelves back home, I asked after long forgotten titles, ‘no problem, no problem, we’ll have it by tomorrow’ bobble, bobble, and this was the maybe bobble.
After many tomorrows, with none of the elusive books to be had, I figured what that bobble was about, ‘I can’t get you your book, but I still want you to delve deep into your inner sanctum and ponder on the meaning of life and why you are not meant to get your book!’

It is the reason why a vast poverty stricken population, still smile, and retain that treasure of wealth that humans call ‘hope.’ They have managed to turn survival into an artistically shaped henna design.

Ask an Indian stall-keeper if they might sell to you a plain, undecorated yard of fabric? This, I must tell you, is a glaring rarity in India, where the patterns have patterns, and then beads and sequins! And instead of calling security, they will reply with the dependable bobble.

Even an audience with President-jee is not a problem, because taxi driver-jee, wearing the smiling bobble, has cousin-jee, who has the sad bobble, whose step-brother-jee, anxious bobble, happens to know the presidential polisher-jee, particularly stern-faced bobble. It does not seem to matter that they may not fulfil their request. The bobble just keeps the flame of hope alive, a triumph of human spirit.

Or just maybe it hypnotizes you into buying something. I’m not so sure. I just know that while I’m writing this, I am sitting on my Indian wooden swing, wearing a kurti from Kochin, my shoulders draped in a Kashmiri pashmina, sipping Darjeeeling tea, concentrating with my magnificently Indian threaded eye-brows, reading a Jeffery Archer novel, which I incidentally bought whilst stopping at the traffic lights! The traffic lights, for rickshaw sakes!

Anyway, the thing about the head bobble is that you can get a word in edgewise, even if there are fifty-seven of us standing about, drinking sweetened milky cups of tea, you have the chance to converse in one conversation. Bobble, bobble.

Sitting at the back of a taxi, one often gets a fascinating view of the bobble head. After observing silently for a while, I decided to take the cultural plunge and ask the taxi driver what the head bobble really meant.

So he wobbled his head and said: “You mean this?”

I replied in the affirmative. “Well that means ‘no’” he said.

“So it only stands for no, right?” I asked

And he wobbled his head in confirmation.

YouTube is replete with minute videos of the Indian bobble head. They range from the head wiggling job candidate, where the interviewer never quite understands whether it’s a yes or no, to the dancing turban dude who wiggles his head until it looks like it is not attached to his body. It’s enough to make you dizzy.

The online encyclopaedia, Wikipedia, refers to the technique of the head bobble as, ‘a side-to-side tilting of the head in arcs along the coronal plane.’ It is something of skill and maybe even a science, perfected over years of practice and threaded through the Indian gene. Try it; it is not so easily done.

It seems to be like a hidden pulse flowing in the veins of the people. It is about movement, about just doing something so as not to be doing nothing. It is far more productive than being stiff and unyielding.

After some time in India, I found that the bobble head was contagious. As you read this, your head might be bobbling too. I came home wiggling my head, which elicited some stares. I found that it especially helped when I did not want to answer those probing questions, like the ones about a looming deadline or the prospective marriage proposal. Bobble, bobble.

Little a bit about the author: Jasmine is an aspiring writer, student of life, searching for inspiration, climbing mountains of prose, hoping to travel the world. Currently studying English and history. Email: yasmeen.jazz@hotmail.com

A New Look at Taking a Dip at the Pool