Home Europe A Confession I must tell when I traveled to France. 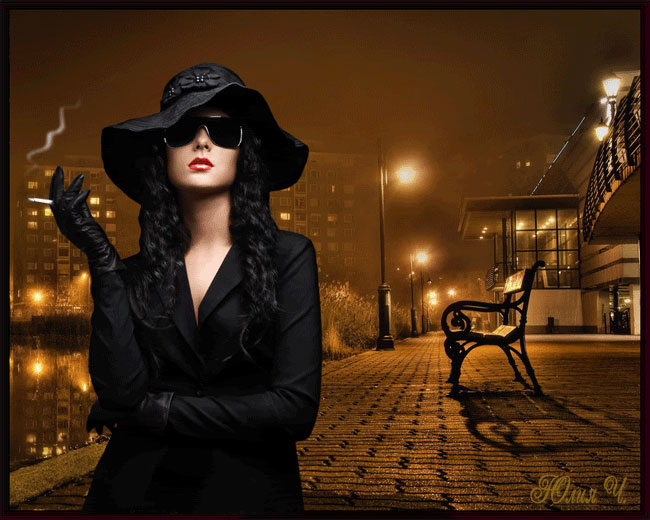 I stole. Well, not me necessarily but I was party to it. The story begins in a pub in Paris. I forget the name but I believe it was near the Arc de Triomphe. The name of the pub was Devil something…It had to of been because I’m an angel and something had to have had an influence over my poor sweet soul. Anyway, we were drinking; there weren’t that many people in the pub, a few playing pool and some stragglers at the bar. So we decided to play a round or two. We placed our quarters and waited for the losers to vacate.

There were two girls playing pool with two guys, a double match. They beat the guys and the poor fellas left quietly. So it was our turn. Now this isn’t where we stole. This is where we befriended the girls and started drinking, heavily drinking, with them after we beat them twice at pool.

We eventually closed the pub down. So they invited us to their flat.

The girl I was romancing (with my beer breath) was a cutie; we eventually started tongue wrestling as we walked to her flat, then as we sat in the cab, up the elevator and finally onto her balcony. My friend’s girl wasn’t that good-looking though. She had a mild case of the uglies…but he was drunk enough to take one for the team.

Now this is where the thievery part comes in. My friend’s girl had taken mi amigo to her bedroom. I was left alone with the cutie and we made out some more. Then she left. She told me she was tired and she was going to bed. Now, for any male out there this means what?

1. Is she really tired and sleepy?
2. She needs to poop but is to well mannered to tell me?
3. She wants to get it on and she doesn’t want to come out and say it?

Well, I’m not an ordinary male…I’m kinda stupid when I have alcohol. So I went with answer 1. She was tired and wanted to sleep.

How stupid of me!! Anyway, she left and I was left alone on a balcony overlooking some street I barely can pronounce and I was getting cold. So I curled up in a ball and slept.

Some time passed because I still felt the trudge of sleepiness as I awoke to my friend telling me, “Come on, let’s go.”

“Where’s your g-?” I say as I step in from the balcony to see the girl’s white milky naked body sprawled out on the bed like she was depleted from heat exhaustion. But she was passed out. I didn’t bother looking for my girl to say bye, we just left.
My friend recounted a small horror story, which I’ll retell you. As he was getting busy with the milky-girl everything was going well until he decided to pleasure her orally. This would’ve been fine if she wasn’t filled with “cheese” as he puts it so well. He discovered the formaggio dilemma as he was digitally penetrating her; he noticed a white, chunky…ok that’s enough! Let’s just say he was grossed out and was spending his time wiping the junk off his fingers on her bed spread. She eventually came overwhelmed by alcohol’s stupor and passed out and that’s when he demanded reparations from her. He looked into her purse and discovered a wad of cash. 180 euros. He took it. Woke me and we left.

Yes, I felt guilty. But it did help us eat and find shelter for the weeks to come. Please forgive me 🙁