Home Asia My first day on a scooter: What would go Viet-wrong? – Travel... 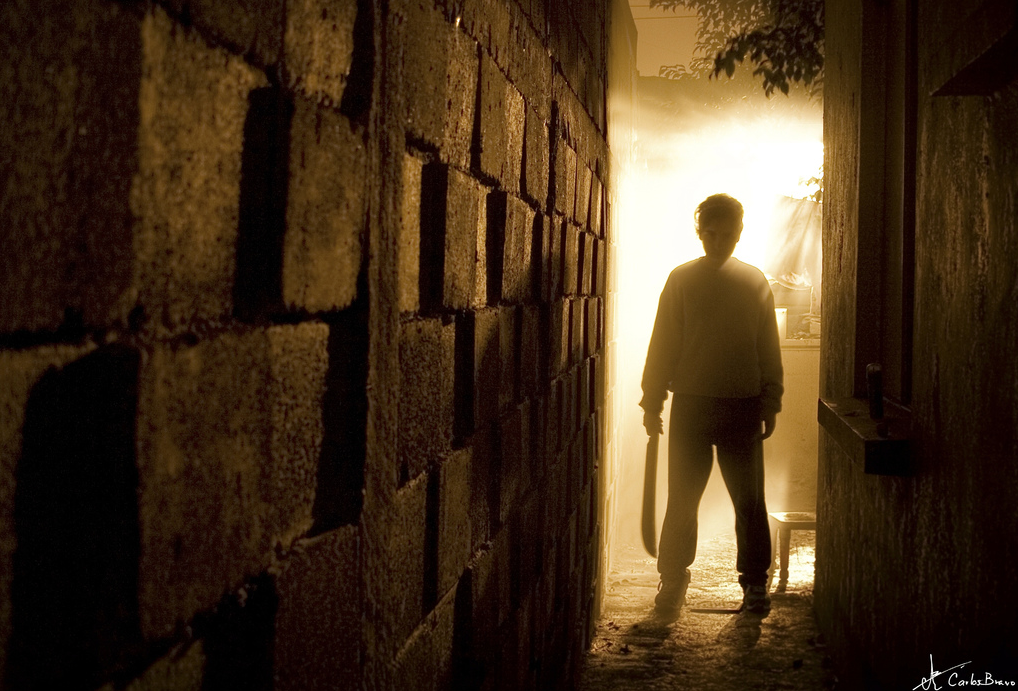 My two friends and I had been touring the coastline of Vietnam, first starting in the north (Hanoi) and traversing our way down the coast, all the way down to Ho Chi Minh City. We were taking the “tourist” bus, which gave us the pleasurable option of getting off and staying in whatever city they stopped in. We had read about this beautiful little town called Hoi An, and decided to stop there.

[blockquote3]It was my first day on a scooter, and I was attempting to drive for two hours on a bumpy, crowded road in rural Vietnam. “What could go wrong?” I thought.[/blockquote3]

After staying in this town for one day, and sampling their great seafood, we decided to take a trip to a local beach. Now this local beach is known across the world as “China Beach”, yes, the one that is infamously known from the Vietnam War. It was just about an hour or two outside of town, and we could take scooters to get there.

“Wait a minute”, I said to my friends. “I have never driven a scooter before, and you expect me to drive one for two hours on my first day?” They nodded and we proceeded to go to the local hostel and ask about their day scooter rental prices. The closer we got to renting the “bikes”, the more nervous I became. “Are you sure that I’ll be ok?” I asked the owner. “Yeah, just practice a little” he replied in his broken English.

So I proceeded to get on the scooter and listened to his instructions before I tried anything. “Front brake here, vroom-vroom here, shift here,” he explained while pointing to different parts of the bike. “Now you try,” he ordered.

I cautiously sat on the scooter for a few seconds, and gently twisted the accelerator with my right hand. The bike jerked forward and I fell to the ground. My friends and the locals all laughed for a bit and my face turned bright red. The owner came over and explained that I needed to be gentler with the controls. So I tried a few times on the narrow street, and started to slowly get the hang of maneuvering it.

My friends asked if I was ready, and I sheepishly replied, “Yeah, let’s go.” So we all got on the bikes, with one local guy on each of my friends bikes, and me riding solo. We were going to China Beach. It was my first day on a scooter, and I was attempting to drive for two hours on a bumpy, crowded road in rural Vietnam. “What could go wrong?” I thought.

It’s about thirty minutes into my journey, and I start to realize that I’m going really slow. I can barely see my friends in the distance ahead of me, and start to think that I might lose them. So I do what any level headed person would do, and try to catch up to my friends. But I must figure out how to make it through the maze of traffic ahead of me. There’s a truck coming towards me, and an overloaded scooter, full with a couple and lots of wares, including eggs and other food items, right in front of me. I decide that the best way of passing the scooter ahead is by squeezing in between it and the oncoming truck.

So I proceed to edge closer to the scooter, inching ever so close to it’s rear bumper, when “Crash!”, I hit them. While trying to squeeze between the two vehicles, I ever so slightly nudged their scooter, and we both took a dive to the ground. They fell right over, because they were so top-heavy. But I slid on the hot pavement for about thirty feet or so.

At that exact moment, one of the locals on the back of my friends’ bike looked back, in horror, to see my accident. My friends whipped their bikes around and sped back to see what happened.

I got up, a little hazy from the mess I’d made, and looked around to see the damage. A few scrapes on me, including my hand, my knee and my foot. “Boy was that ground hot,” I thought to myself as I tried to figure out what to do next.

By the time that my friends got to the scene, there was quite a crowd that had gathered around the scene. The local man who was driving the other scooter had scratches all over his body, including one on the side of his face. His wife, on the other hand, was fine, because she was wearing a long-sleeved shirt, which protected her from the hot pavement.

The crowd had gathered around the scene, and the accident victim started to yell at me in Vietnamese. I had no idea what was happening, so I enlisted the help of my local friend, a young Vietnamese kid who spoke very good English. He explained to me that they were yelling quotes at me, giving me number amounts of payment that I could give them. I had a choice to make: Should I pay them an exorbitant amount of money (by their standards-5-7 million dong=$360-500 US dollars) or should I wait for the local police to come? I decided to wait for the police to come and help sort out the situation.

[blockquote3]…the owner looked at us with a wry look and began to whisper. “Shhh,” he said. “I have money for police in this envelope,” he whispered as he pulled out the money…“No worry, everything Ok,” he reassured me.[/blockquote3]

While waiting for the police to arrive, my buddy decided that I needed to clean off my wounds. So we wandered into the local village with our young interpreter and found some water. But just as my friend started to pour water to clean off my hand, he suddenly stopped. “Wait a sec, this water is probably not very clean. You should go back to Hoi An to get some clean water for your wounds,” the voice of reason said. I agreed with him and we quickly walked back to our scooters.

My friend decided to have our translator tell the victim that two of us were going back to Hoi Ann, to clean off my wounds, but that one of us would stay at the scene. This way they wouldn’t think that we were just going to leave the scene of the accident and not return. But just as I got on the back of my friends’ scooter, a local man with a menacing look pulled out a large machete and stood in front of us. “Yeah, why don’t we just stay here,” I told my friend. “Sounds good to me,” he wisely agreed.

Eventually the police and the owner of the scooter came, and we were able to sort things out. I was to pay the man 1 million dong (around $140) because he would not be able to work for one months time. I also had to sign a letter that stated what happened and why I was to pay this amount. Later that day I went to the local “clinic” to visit the man and give him these two things.

After visiting the man in the clinic and paying him the money, I started to relax because my problems were over. But I found out that I still had one more issue to deal with in Hoi An. The police were holding my scooter at the local impound yard, and would not return it until Monday, which was three days from then. The owner wanted it sooner than this, so he told me that I needed to come with him to the police station the next day.

“Police station!” I thought. I was not looking forward to visiting this place. “What if I get arrested, because of some local traffic law that I didn’t follow?” I asked my friend. He told me not to worry and assured me that he would join me on my official police visit the next morning.

I arrived at the police station at nine o’clock sharp, just as I had been instructed. The owner of the scooter was there to meet me, and we sat down and waited for the officer to arrive. Just as my friend and I sat down, the owner looked at us with a wry look and began to whisper. “Shhh,” he said. “I have money for police in this envelope,” he whispered as he pulled out the money. “I want scooter back today, so I give money to police to get it before Monday,” he explained. “Ok, that’s your thing, man, but I don’t want anything to do with it,” I replied. “No worry, everything Ok,” he reassured me.

The policeman walked into the office, and proceeded to explain the situation, in Vietnamese of course. The scooter’s owner translated for us, and told me what I needed to do. I had to pay a $15 dollar fine because I didn’t have an international driver’s license.

So I gave the officer the money, and he also received the “eh-hem” envelope from our Vietnamese friend, and we were on our way.

The next day I was excited to leave Hoi An and travel to another place down the coast of Vietnam. I was kind of disappointed because I didn’t get to experience some things that I wanted to do there, like swim in the ocean at China Beach, or practice some more of my driving skills. I was thankful for my young translator friend from Hoi An, and for the owner of the scooter, who helped me immensely out of a sticky situation. But I was most thankful that I didn’t have to drive a scooter for a long time, at least until I wanted to have another story to tell my friends down the road.