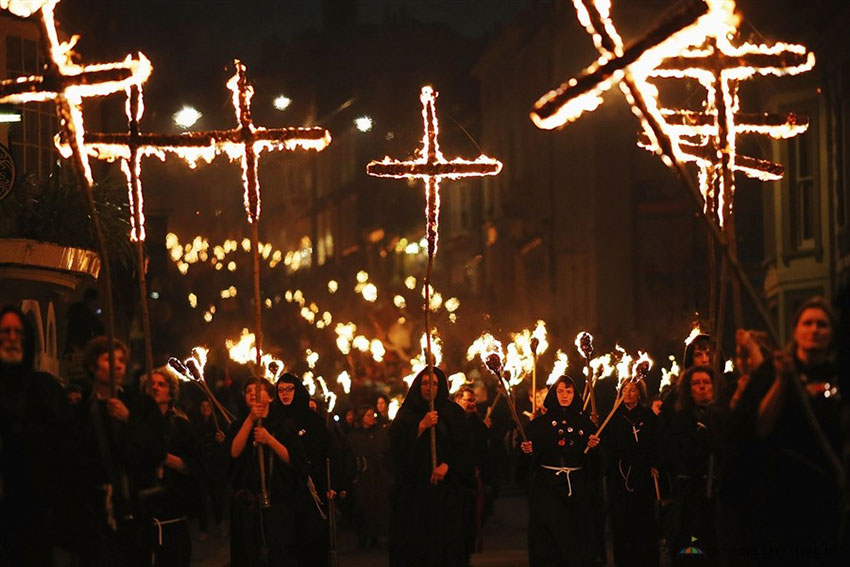 Burning effigies, torchlight processions, raging bonfires… it all sounds a bit medieval, doesn’t it? Well, yes – almost. This is Guy Fawkes Night, a spectacular annual tradition that is rooted in a rather sinister plot that unfolded in England over 400 years ago.

Guy Fawkes Night – or Bonfire Night – celebrates the foiled attempt by Catholic conspirators to blow up the Houses of Parliament and kill an unsympathetic (and Protestant) King James I in 1605. Guy Fawkes was only one of the thirteen conspirators that took part in the plot. But he was the one caught in the cellars of London’s parliament on the night of November 4th – red-handed, as they say – with several barrels full of gunpowder and a pocketful of matches. King and parliament were saved and the conspirators rounded up and executed in a variety of unsavory manners.

A parliamentary act was established the following year to commemorate the foiled plot against king and country on November 5th each year. Towns began celebrating with bonfires and fireworks – a tradition which has persisted until today, even though the law was repealed more than 150 years ago – in 1859. Indeed, if you fly over England on the night of November 5th you will see countless bonfires burning across the English countryside. It’s an evening that is simply far too full of tradition and pure good fun to be cast aside into the history books!

In the crisp fall weeks leading up to November bonfire pyres take shape in towns across the country and local shops do a brisk business in the sale of all things pyrotechnic. The sporadic, sharp crackle of fireworks fills the air on many evenings as if in rehearsal for the big night. As towns hosting a bonfire event prepare for the onslaught of participants and spectators, web pages and road signs outline procedures for traffic detours, shuttle buses and road closures. Nothing – except perhaps the unpredictable English weather – is left to chance; every detail orchestrated. The British have, after all, had 400 years to perfect this!

When we first arrived on the scene as Canadian expats, we were Guy-Fawkes-neophytes. Having never heard either of Guy Fawkes or Bonfire Night, the random bursts of fireworks throughout much of October left us completely bewildered. But by Year Two we’d been tipped to head to Chiddingfold, in the Surrey countryside southwest of London, to take part in the celebrations. Six years later, we now consider ourselves seasoned Bonfire Night participants.

Quintessentially English Chiddingfold – a quaint town of 3,000 with its 14th century pub and picturesque village green – is renowned for its Bonfire Night celebrations. Rumour says that some of the original conspirators were captured nearby in the days following November 4, 1605. A massive bonfire pyre – weeks in the making – towers in the centre of the village green, constructed of whatever wood can be scrounged from nearby: wooden pallets, old timbers, logs, large tree branches. Perched morbidly on top is a customary effigy of Guy Fawkes – known affectionately as ‘the guy’ – who will soon meet a fiery end.

As darkness falls, thousands of spectators flock to town to take part in the evening, or simply to watch it unfold. Armed with our wellies, warm coats and bellies full of chilli which we’ve downed as part of a pre-bonfire dinner, we get there early to participate in the torchlight procession which kicks off the evening. We collect our torches from a roadside booth and are herded into formation along with several hundred others by event organizers. When everyone is in position, our torches are lit and the signal is given. With flaming torches held high above our heads we wind our way along the town’s narrow, cobbled road – like an ancient druid ritual – to the square where the pyre, and the guy, await. Spectators line the way, their faces glowing orange in the torchlight. A hush falls over the crowd as we pass by. As we reach the square, fire marshals arrange us in rows around the pyre. Another signal is given and we step forward to place our torches at the base of the pyre and then quickly retreat as the flames catch. Within minutes the bonfire is a mammoth, throbbing, blazing inferno and the crowd watches with the bloodlust of a vengeful mob, as the fire creeps hungrily toward the top of the pyre – and the guy. Several windows of the houses which circle the square reflect the fire eerily in their panes so that, at a glance, it seems as if the whole village is burning.

An official calls out a play-by-play account of the fire’s advance, with the precision of a sports broadcaster, his voice rising excitedly in crescendo over the loudspeaker as the first lick of fire reaches the tragic effigy. A unanimous gasp escapes from the crowd like a primeval echo of the onlookers, who four centuries earlier would have witnessed the demise of the original Guy Fawkes. And, with a final lick of the flames, the deed is done and a wave of applause sweeps across the square.

As the guy slumps over pathetically to be devoured by the flames, we linger just a minute longer to contemplate the tragic end of the original Guy Fawkes and his cronies. But the crowd, sensing the next event of the evening, wanders off. Leaving the fire to rage on, we grab some good olde English fare from one of the vendors lining the green – a sausage and a pint – and turn to wait for the fireworks, the evening’s grand finale. As the bonfire crackles behind us and the sky fills with starburst after colourful starburst, we breathe a collective sigh of appreciation for the sense of tradition and history that has carried this event so steadfastly into the 21st century.

We head home at the end of the evening – satisfied with our role in another successful Bonfire Night – and remember the 17th century warning to any conspirators against the kingdom, which is still a popular rhyme today:

‘Remember, remember the 5th of November,
Gunpowder, treason and plot.
I see no reason why gunpowder treason
Should ever be forgot.’

With all this fuss it seems unlikely that Guy Fawkes and his unsuccessful plot are likely to be forgotten any time soon. Hurray for that! 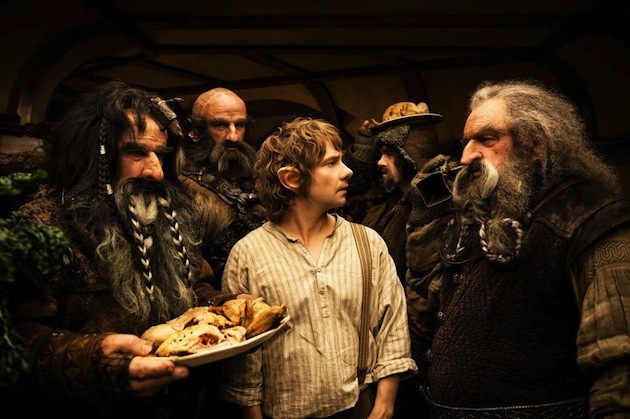 It’s Raining In London, So What Do You Do Now? 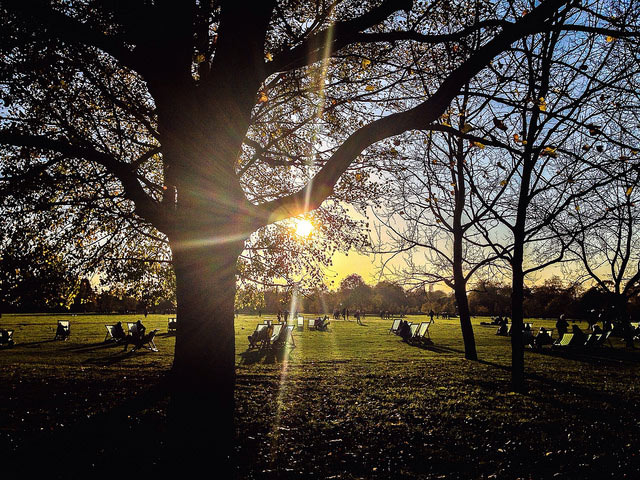 Live in Hyde Park and Escape the Hustle & Bustle of London 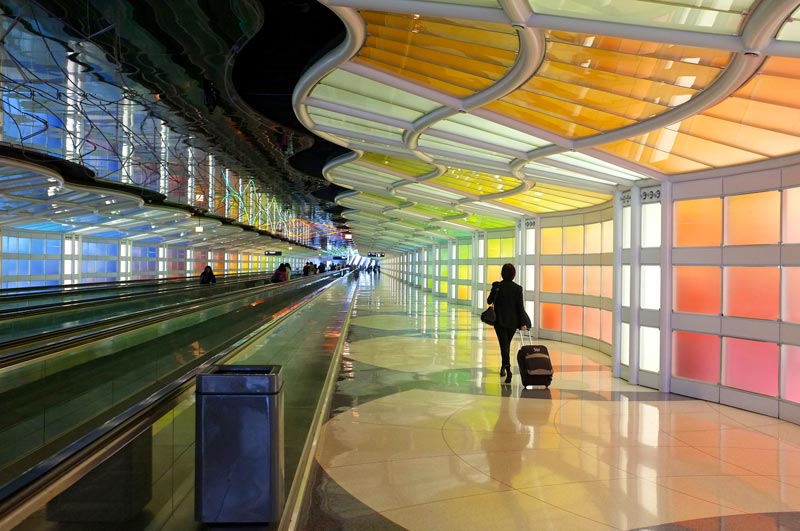 Turning inconvenience into a major positive 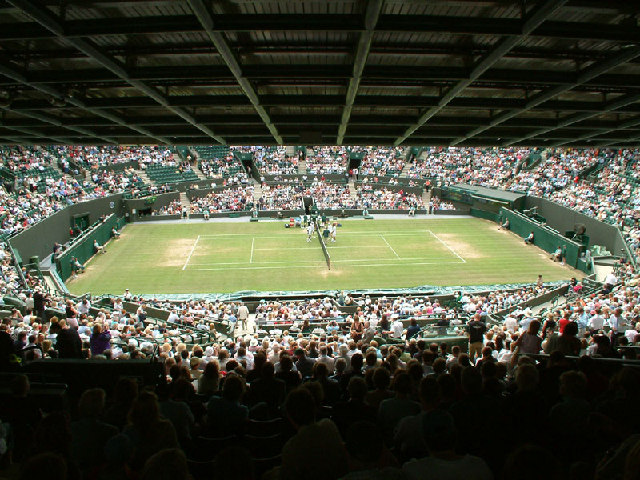 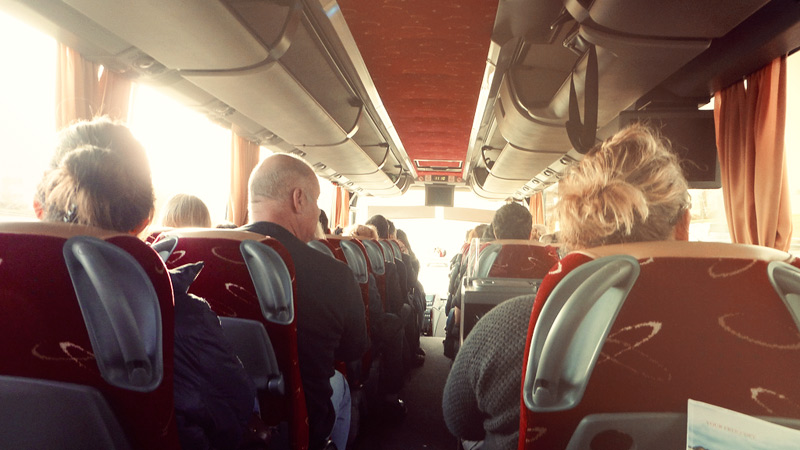 Five Things to Do on a Long Bus Journey