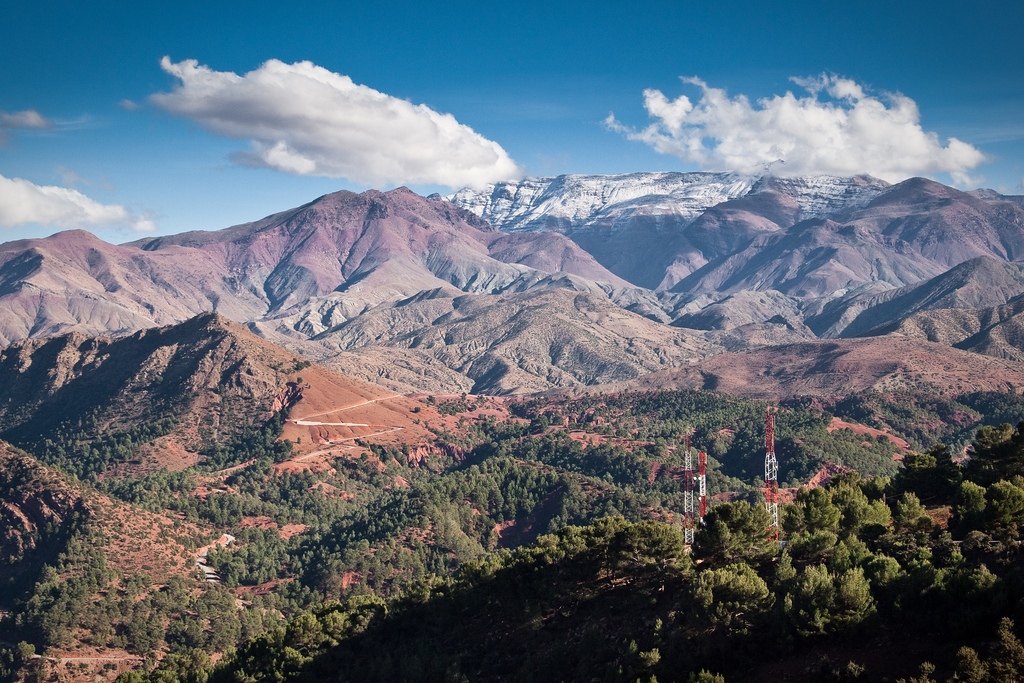 It was already quite hot, considering it wasn’t even nine o’çlock, but that didn’t stop me enjoying my morning coffee. I had experienced a few coffees since coming to North Africa, but this one was unique, I got to share the experience with my new local friend, Mustafa. We had only met fifteen minutes earlier as I was coming back from a post-dawn beach walk. I thought his invitation for a coffee was a great opportunity to practice my Arabic phrases. He was more motivated by the prospect of me being his next customer for any of a number of special services that he offers to tourists. I wasn’t really interested in any of his special deals, the next one appearing just as quickly as I could politely decline. But as I sat there absorbing the terracotta-orange buildings and the tree- lined cement square, I couldn’t help but lament the fact that this would be my last chance to start the day by savouring a hot cup of coffee. Well, for the next eight days at least. I had a higher calling. I was heading to the mountains, the Atlas mountains!

[quote]It was a beautiful sight. Gordon was holding a glossy, brown tube that was gleaming in the midday sun. My heart skipped a beat because I knew exactly what it was, Cappuccino! Mountain style![/quote]

Our trek started early the next morning in the inner suburbs of the city. We met our guide, Gordon, at a local supermarket after a ten minute taxi-ride from the city bus station. He was clad in khaki hiking clothes, complete with Tilley hat, and was accompanied by his milky-brown mountain dog who sat in the passenger seat of his maroon coloured, 1989 Land Rover. As we climbed into the back of it with all our gear I got the feeling we were in for a memorable adventure. Gordon had a huge smile on his face which made me feel totally welcome and immediately at ease. But the twinkle in his eye and the purpose in his step made me realize he had some surprises in store for us during the next eight days as we trekked through a famous North African mountain range, the Atlas Mountains.

Very soon our adventure was underway. After a short pit-stop to load our packs with supplies for the journey, we were bumping along in the taxi to the small road-side village where our trek would begin. Once out of the taxi, no time was wasted, as our group of ten charged, single-file, onto the narrow trail on the bank of a dry, stony river bed. The well-worn path led us across a long, concrete bridge. The stark concrete sat as juxtaposition against the natural beauty of the dry, red-earth mountains, dotted with leafy green shrubs, that were towering around us. It was framed by the emerald green stream snaking its way along the river just metres beneath. The view before us was all too familiar for our guide Gordon. His thrifty walking speed made it clear he was oblivious to the breathtaking surrounds. The rest of us craned our necks and clicked our cameras to capitalize on every possible viewing angle as we marched along briskly to keep up.

The trail took us weaving in between the small, bright green wheat fields that stepped their way up the mountain side to a nearby village. The stove was set up for lunch on the fringe of a freshly plowed field next to a clear, flowing stream with locals working on their fields nearby. Just as I was cracking open my tin of canned tuna I looked up and saw it. It was a beautiful sight. Gordon was holding a glossy, brown tube that was gleaming in the midday sun. My heart skipped a beat because I knew exactly what it was, Cappuccino! Mountain style! A detail I somehow missed before was that Gordon provides a supply of packet drink mixes as part of the all-inclusive price of the trek. After learning this, my expectations for the trek just went from excellent to awesome.

The next seven days proved that my expectations were justified. Not only did I get to enjoy a hot, frothy coffee drink every day, but I got to do it in a style that reflected the diversity of North Africa’s ancient native culture. One day it was in a village overlooking a snow-capped mountain peak. Another day was spent in a rugged pine forest easily mistaken for Canadian Shield country. The next day I got to drink my coffee in a mystical, smoky, emerald green valley that would not have been out of place in “Lord of the Rings”, except of course for the many satellite dishes and power lines. These modern addendums to the mud brick houses actually present to the outsider a deceiving view of the primitive village way of life. Except for a few mod cons, the locals live so simply that they would be unperturbed by a loss of electricity. Their fresh olive oil is produced by a donkey-driven press and the grain grinders are driven by a water wheel. These were just two of the experiences we had that gave us an eye opening view into the traditional village way of life. On the last day of our trek we were even treated to a whimsical snow flurry. This happened while the village kids thrashed us on their rocky, make-shift soccer pitch. The game being occasionally interrupted by a passing donkey loaded with supplies for the local hangout. We capped off an amazing day with a traditional North African steam room and bath experience, known as a hammam. This was the perfect way to remedy the crisp mountain air and prepare for our re-entry into civilization the next day. The thought of returning to civilization made me realize that my experience of having my regular morning coffee will never be able to match what the Atlas mountains delivered!

The Indian Head Bobble: a yes, a no, and a definite...

A Mellifluous Ride through Japan and its locals – Video