Home Africa The Whitest Water of All, Uganda, Africa 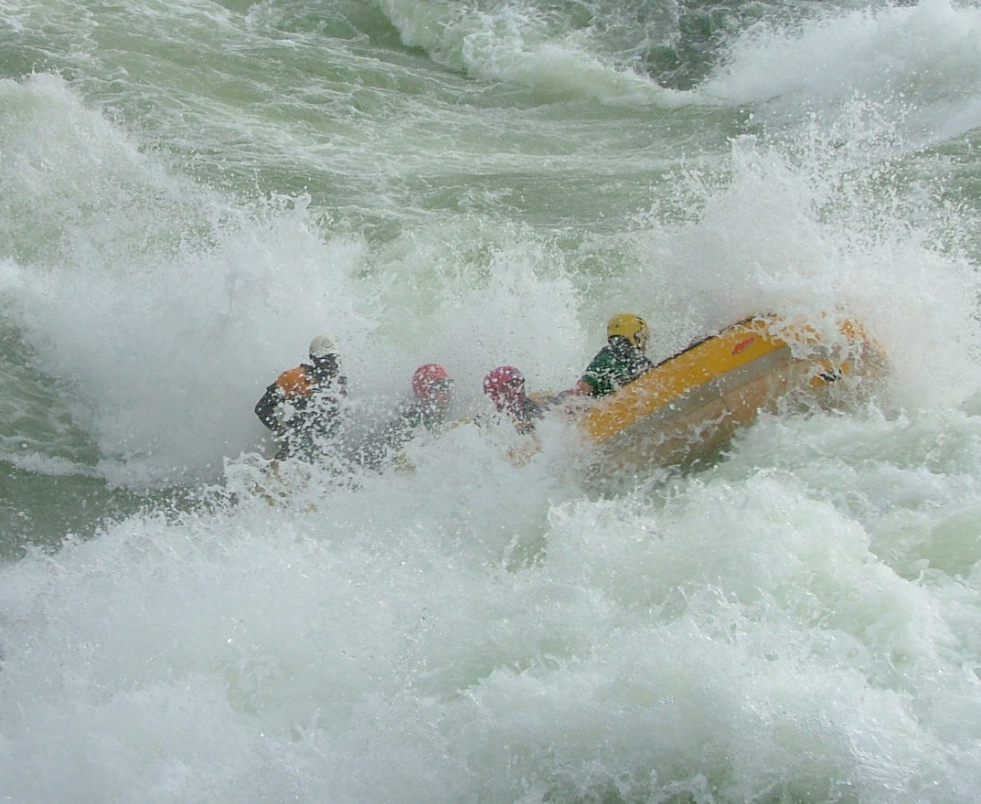 My stomach jolted as we scrambled down the cliff-side to the Nile. Somehow I had imagined White Water Rafting to feature a boat armored to the teeth with roll cage and seat-belts, but as I stared down at the flimsy piece of Orange rubber rocking on the water, my knees began to give way. Our team was due to begin rafting 42km of the world’s greatest white water today, but nobody seemed to share my anxieties.

Eyes clenched shut. Frozen hands clutching the safety rope. As the world turned upside down, I would feel myself held against the wind for a moment. Gasping in the silence…

“50% of the time, we flip all the time,” barked our instructor Brad, as we wobbled across the floor of the raft. Perching precariously along the sides, we pushed our oars deep into the cold water and began to maneuver ourselves out into open water. The lush green cliff faces fell back, and as we rounded our first wall of Ugandan jungle, my heart began to thump with the rapids that were thundering in the distance.

When our expedition first began, my hands would tremble as I held my oar poised before every roaring gorge. I would paddle blindly between walls of crashing water as Brad barked instructions to us over the deafening waves. As every rapid grew, so did our confidence, and between rapids we would row with aching arms through the slack water that twisted between islands. Solemn faced women would watch us from the riverbank as they beat their washing dry. The corrugated roofs of mud-hut villages meandered with us past the pineapple fields.

But no matter how many rapids we rafted, the moment of mental rehearsal approaching each one was always just as nerve-shattering. As rumble of the waves grew, my mind desperately tried to race through the rowing order. As the gorges grew wider and darker, the water grew whiter and more jagged, the only feeling greater than my desperation to turn back, was to safely reach the other side. In that frozen moment before plummeting into the waves, every set of eyes would be fixed on the river ahead. Then, Brad would scream.

And the boat would drop away beneath us.

Walls of water would slam against us as we hurtled into the darkness between the waves. Before we could breathe, furious torrents blinded us, drowning us, as the crest of the next wave soared upwards to sickening heights. In the chaos, all we could do was paddle blindly forward, deafened by water, desperately straining to hear Brad spluttering, “GET DOWN!” Then, I would throw myself into the raft. Eyes clenched shut. Frozen hands clutching the safety rope. As the world turned upside down, I would feel myself held against the wind for a moment. Gasping in the silence, I would glimpse the sky spinning beneath my feet. Then, the waves would hit me like a concrete wall.

Being thrown from the boat was like being drowned in a giant washing machine, and the feeling of that first lungful of cold air was as sweet as the pineapple gin that awaited us at the end of our second day rafting. When we reached that final village, our legs were like jelly, and as the evening sky faded to purple, we watched the local children playing on our deflated raft. Somehow, it didn’t look so flimsy after all.