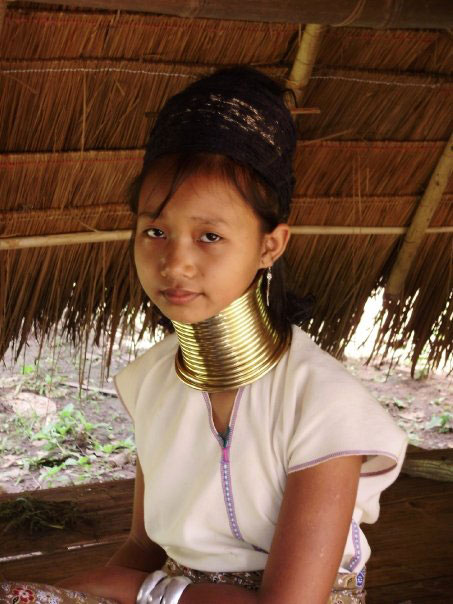 Waking up to the sound of cockerels crowing, the sun slowly sauntering over the mountains, spreading a warm morning glow over the lush forest, I take a deep breath of fresh, unpolluted air and stretch my aching limbs. I take a moment to absorb my surroundings: the bamboo roll mat and mosquito net I call my ‘bed’; the thatched roof wooden hut, built upon stilts, that I have slept in; the various sounds of the jungle and the sight of an elderly tribeswoman cooking the first meal of the day.

[quote]…tourism is viewed as an opportunity to keep traditions alive. The unstoppable force of globalization and industry means that their way of life is threatened…[/quote]

I am amazed that I am only a few hours north of Bangkok, and yet in an entirely different world.

Leaving the hustle and bustle behind

After a hectic week traveling in Bangkok, and over indulging heartily in the local food and (most pertinently) drink, a change of scene and pace was in order.

Chiang Mai has long been on the backpacker trail and offers a huge variety of activities for very reasonable prices. We had a few days to spare and decided that trekking in the nearby mountains would be the perfect excursion. The initial attraction was to see the incredible, untouched, mountain scenery, but an added draw was the promise of visiting some of Thailand’s infamous hill tribes.

After much research (there are dozens of operators offering hill trekking in Chiang Mai) we signed up for a three day trek. The very next day we soon found ourselves on an adventure riding elephants, rafting through white water rapids, sleeping in the jungle and facing a moral quandary when visiting the exotic ‘Long Neck Women’.

The hills are alive

There are at least 10 distinct hill tribe groups that live in the mountains of Thailand’s Northern Provinces – each with their own unique culture and traditions. Visiting a tribe is an incredible opportunity to witness a way of life that, until quite recently, has been relatively untouched by modernity.

Of course, they have been changed, in some cases beyond recognition, change that has been both positive and negative. Despite what tour operators will tell you, much of their way of life is dying out and only being kept alive by tourism.

This fact makes visiting the Long Neck women particularly morally ambivalent. It was with a mix of fascination and repulsion that I found myself staring into these women’s lives and homes. Revulsion at what seems to be a barbaric, and inherently misogynistic practice, but mostly revulsion at myself and my own insatiable curiosity. It’s sheer voyeurism that bought me there and the village is, in essence, a human zoo. The very fact that I am there helps to preserve/ perpetuate a tradition that, to my western eyes, enslaves women: it reduces them to objects of beauty, physically incapable of working on anything other than simple handicrafts, their worth being derived from the tourist dollars they draw in.

Of course, nothing is ever as black and white as that. The Long Neck women represent the most extreme example of ‘voyeur tourism’ and it is easy to see faults. But on another tour you might witness the traditional music of the Karen people, the ancient oral traditions of the Akha tribe or the intricate silversmiths of the Mien.

For many, although certainly not all, tourism is viewed as an opportunity to keep traditions alive. The unstoppable force of globalization and industry means that their way of life is threatened; they can no longer financially survive with basic agriculture, fishing and handicrafts, and with the demise of these traditional income streams, traditional culture begins to deteriorate too.

Paying tourists present a reason and a financial means to keep practices alive. In many respects the traditions become less authentic: a show more than a way of life, but many of the hill people are content with that for the alternative is to lose those traditions forever.

They have made a choice to continue these practices, not because they are forced to (although, undoubtedly some people are), but because they want to. Long Neck tribes included.

But that leaves me in pickle over the women I see as being abused by their own culture and again by my perverse curiosity. On this trip I can only conclude that I simply don’t know whether it’s right or wrong, and I am sure that they wouldn’t particularly care for my opinions to be forced on them anyway.

In Search of the Nomads of the Jade Sea, Turkana

Capture Your Every Day or Your Travel Days