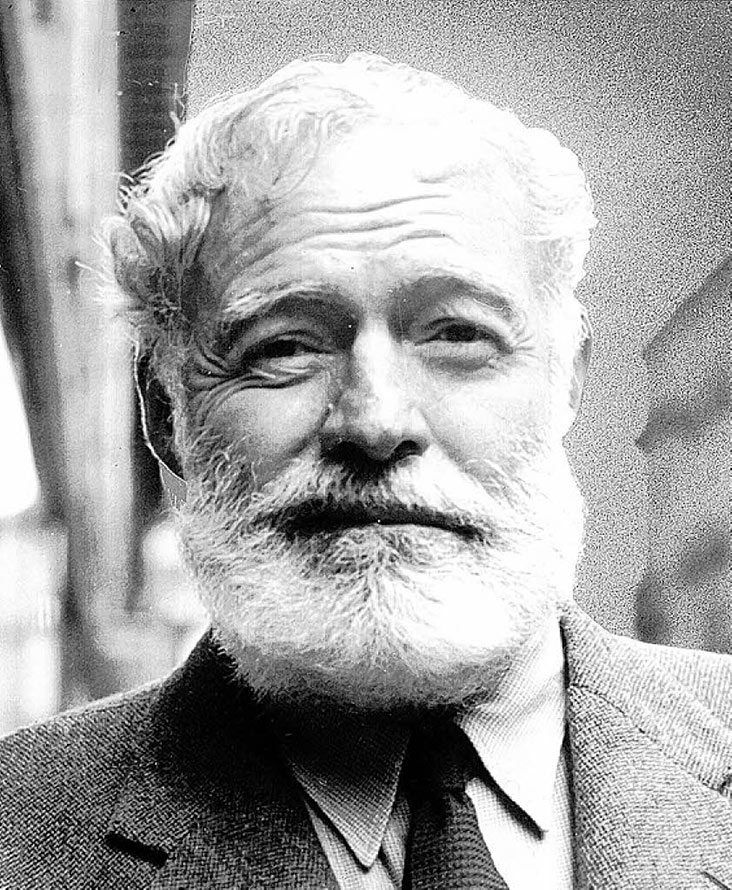 It was a steamy summer day in 1987 when I made my first appearance at the Hemingway home in Key West. Just over three feet tall and aged all of seven years I would follow behind my parents and older brother along the streets of the sultry city, hug the wall on the narrow path around the home, and enter through the wire gates onto the writer’s estate.

In the weeks leading up to the trip my mother had read to my brother and I at bedtime The Old Man and The Sea with hopes of sparking an interest in the legend who’s home we would soon set foot in. In my youth I would fail to fully comprehend the literary magnitude but I would be enchanted by the story nonetheless.

In the center of grand Palm Trees and lush Caribbean ferns emanating the calls of native birds stood the blonde two storied home. Faced with large arched windows and graceful pillars supporting a veranda I would look up in awe at this tropical dream world. Spanish and Cuban tiles lined the pathways around the house where lizards scattered and the lucky six-toed cats sauntered about.

It was an experience that, as my parents prophesied, I would remember and thank them for when I was older.

The years would add up before I would think about what was felt and seen there. It was on a dog day afternoon in my teens when I would happen upon a copy of A Moveable Feast in my parents’ library. It may very well have been the first book I literally hugged after finishing. “Ahhhh, Paris!”

I would subsequently declare to my parents that I was headed to Paris – to be a writer. I was going to live la vie de bohème de Hemingway. I planned to move to the Left Bank where I would discuss politics with local intellectuals while sipping glasses of Châteauneuf-du-Pape, argue the merits of the works of various artists at Le Negre de Toulous, read all of the great writers over espressos at Le Dôme Café, and pen my first novel.

My parents, recognizing my travel plans as improbable without a drivers license, high school diploma or a bank account, laughed and healthfully replied, “Good luck! Make sure to send us a post card when you get there!”

My naïve hopes of Paris were a fantasy but the love of Papa’s writing was unadulterated. I would, over the years, consume most of the Hemingway oeuvre, allowing his words to pull and yank at the veins and pulse through the arteries. In college I’d argue over the quality of his style, flesh out the life of a media darling, and listen to the assertions of misogyny. There were late nights where I would retype favorite passages just to feel closer to the writing.

Twenty-three years would pass in Toto before I would return to 907 Whitehead Street. It was fitting that the day I should arrive was also the culmination of Fantasy Festival – Key West’s week-long version of Mardi Gras. The boulevards were filled with costumed party-goers (some wearing nothing more than body paint), street fair, music, dancing and merriment. Hemingway always loved a good fiesta.

I had arrived in time for the guided tour but chose not to participate. I was guarding this experience with particularly jealousy. A tour guide seemed like an obstruction in the intimate interaction I hoped to have with the home and the icon that resided there.

I moved about the Spanish oiled wooden floors with due diligence. I studied the various curios from Hemingway’s travels and examined each photograph carefully. I stared at an image of his first wife Hadley for a good long while wondering what it felt like to lose that suitcase of her husband’s writing – prose that Hemingway was never able to reproduce. I scrutinized all of the titles in the library and grinned at the Steinbeck novels. I fingered the lines of the 1919 “Dear John” letter from Nurse Agnes, the great love that would inspire the character in A Farewell to Arms. I savored the contents of each room.

When I entered the bedroom I felt on my shin the warm caress of one of the Hemingway felines. I knelt down to stroke the animal and whispered to it, “So, kitty cat, this is where the magic happened.” When I was sure the coast was clear I moved towards the area of the room where the writer slept and laid, for just a moment, on the large fair bed – I could now, at least technically, say that I had once been in the bed of one of the greatest American writers.

When I heard footsteps approaching I quickly lifted myself off of the bed and exited the room onto the balcony. I leaned over the railing and looked down at the pool. It was one aspect of the property that clearly representing the tastes of his second wife, Pauline. She had the pool installed where Hemingway’s boxing ring once existed. A marital compromise I supposed.

Making my way back through the house a black and white photo hanging on a back wall caught my eye. I must have missed it on the way in. It was portrait of Hemingway in his last days. His eyes vacant, like those of a grandparent lost to Alzheimer’s. My throat tightened as thoughts of Papa’s bitter end became all consuming. His depression, the Mayo Clinic and electroshock therapy, the loss of memory and ability to write, of Ketchum and the gunshot, and the mental illness that would plague the Hemingway bloodline.

I stepped outside for fresh air. I hated that the rotten last days that brought down the prizefighter were what was now being considering. I had made the pilgrimage to Key West with the purpose of celebrating the life of a hero and the writing it inspired not lament his death.

I walked over to the pool house, climbed the stairs to the study where Hemingway wrote and seated myself in the doorway. Below me the last tour was concluding and to my left the tequila sun was descending into the earth. I looked over my shoulder into the writing den. There sat, in the center of the room on a heavy mahogany table, his typewriter.

I allowed myself to imagine that he had been there earlier that day, punching those keys, forming the words and lines of another great narrative. A breeze brought the smells of spiced barbeque and off in the distance I could make out the noises of the last moments of the festival. I pictured Papa sitting on a bar stool six blocks away at his favorite watering hole. The place is packed and bustling with joy. He’s taking a long pull from a drink when a friend eagerly pushes through the crowd and calls out “Hem!” energetically slaps him on the back and asks, “Where the hell you been?”

The sides of my mouth curled upwards and I smiled.

Photo by ewen and donabel