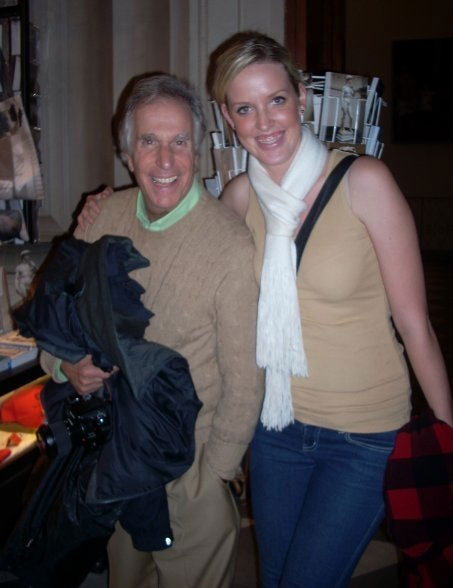 My first trip to Europe was spontaneous and I traveled five weeks on my own. I had no idea what to expect, where I would end up or who I would meet. The only thing I knew for sure was the fact that I had return flights to London and I needed to be back in time to fly home to Australia. A definite highlight of that trip was an extremely rare opportunity that presented itself in a right time, right place manner. As I was admiring Michelangelo’s David, I noticed ‘The Fonz’, from ‘Happy Days’, buying souvenirs with his wife. It felt like I was in a dream as I was sure Henry Winkler would never be in the same museum as me, let alone the same city! I was with some lovely Canadian girls and we all approached him with caution. To my surprise he was very down to Earth and a lot friendlier than I though he would be. Henry was the one who asked if I wanted a photo with him!!! 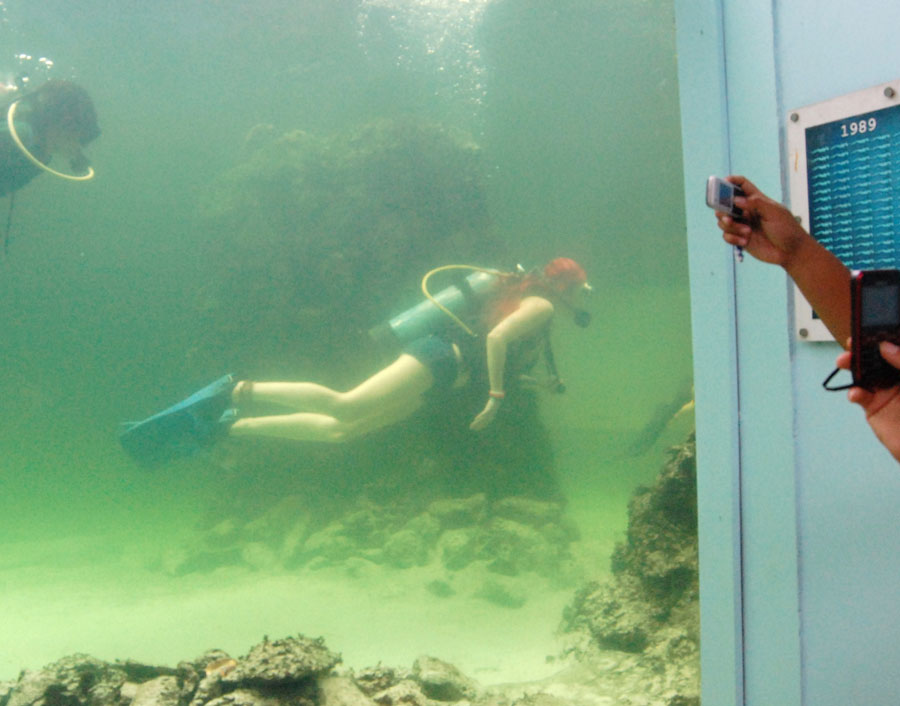 Whilst in Kota Kinabalu eating in my local restaurant, I met a photographer who also ran the local aquarium. I was unaware there was one in the city and he informed me that it was only 6months old and they were still getting off the ground. We spoke for a while about my travel web site and said that I would be more than happy to visit and write an article for him. The next day when I arrived, I was blown away by the aquarium and found it hard to leave. There was a shark tank and I asked if I could dive in it. Customers aren’t usually allowed, but they made an exception and I went in with the staff to feed their turtle, Gangsta, and the illuminating sting-rays. It was an eye opening experience that certainly got my blood pumping and the sharks remained relatively hidden from us! 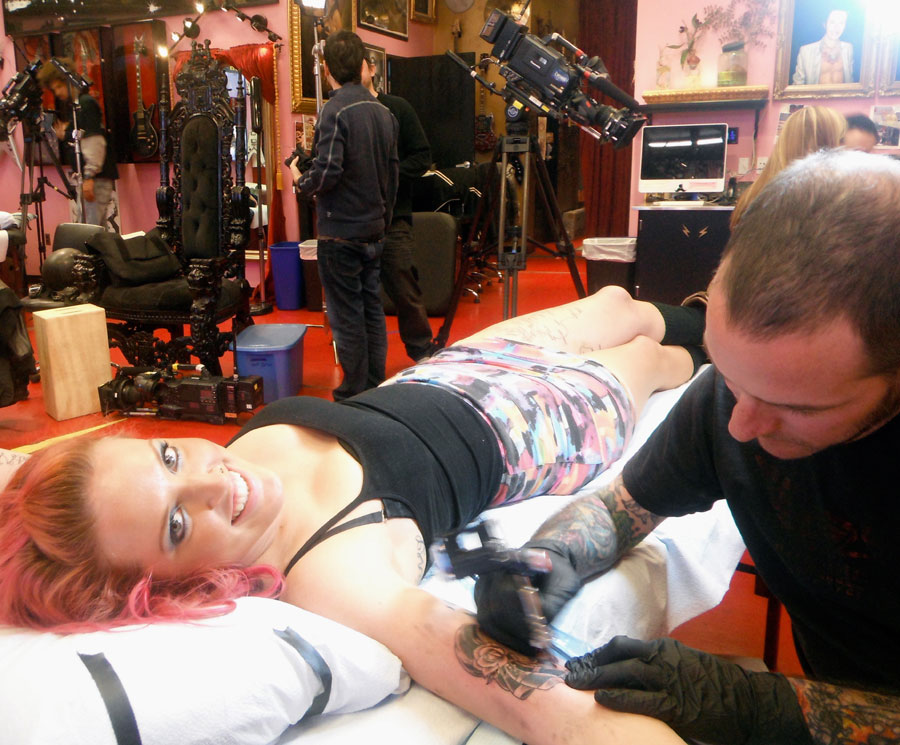 On a visit to the United States of America this year, I had a crazy idea in my head that I would get a tattoo done at La Ink. I knew the chances were slim as they have a television show, but I already had a sketch and if I was able to do it, I had already decided it would be my next tattoo. I arrived in LA and hired a car to drive through California, Nevada, Arizona and Utah. Before my friend and I left on the journey, I literally walked off the street and fortunately was able to book an appointment with Dennis the day before I flew back to Australia. After a few weeks of traveling around America, I went back to the shop. I was pleasantly surprised to see the film crew and Kat Von D herself making an episode of the show, the day of my tattoo. I wasn’t in the show, but it was great to see everything come together around me. Dennis is a great guy and an amazing artist. He spent 3hrs on my tattoo and I cannot pick one fault. It may have been expensive, but worth every penny! 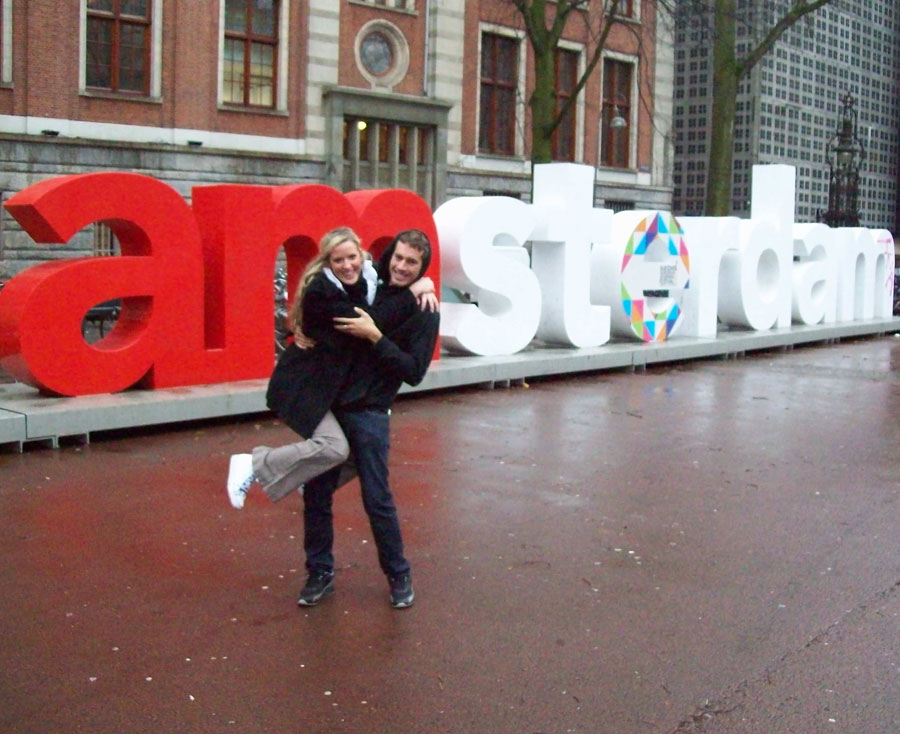 There is no better feeling than arriving in Amsterdam for the first time. After a full day of travel by multiple trains while filled with anxiety to get there and know for sure if the stories are true! When I arrived Amsterdam had such a great vibe and I couldn’t wait to check into my hostel and start exploring. As soon as I arrived I was straight to the bar meeting new friends and smoking weed at a table which was so taboo for me! I kept trying to pay for what I was using, but no one would accept anything off me. Later in the night I found out I was there during the ‘Cannabis Cup’ and I was at a table with some of the people who pull the event together! It may have been the state I was in, but the three nights there were a complete blur and really felt like a dream! 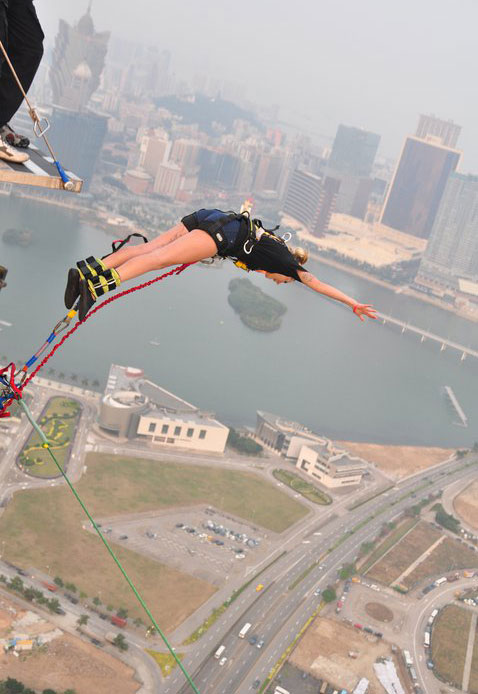 I have never been a fan of heights, nor have I had the desire to bungy jump. When the chance to bungy for free in Cairns, Australia came into fruition, I literally jumped at the opportunity. The only catch was that I had to be topless… That was a gut wrenching experience of pure adrenalin and I loved every minute. When I was in Macau, I went to see the team at AJ Hackett once again and decided I needed to complete the worlds highest bungy at 233m. I was scared, nervous and deeply regretting my experience. I kept telling myself that I would be completely safe jumping off a building that sat higher than any casino in sight! … Five, four, three, two, one and I was free falling for about five seconds. My initial scream turned immediately into laughter as I plummeted toward the ground. It was an incredible experience and if you think you have the guts to do it, I say JUMP!