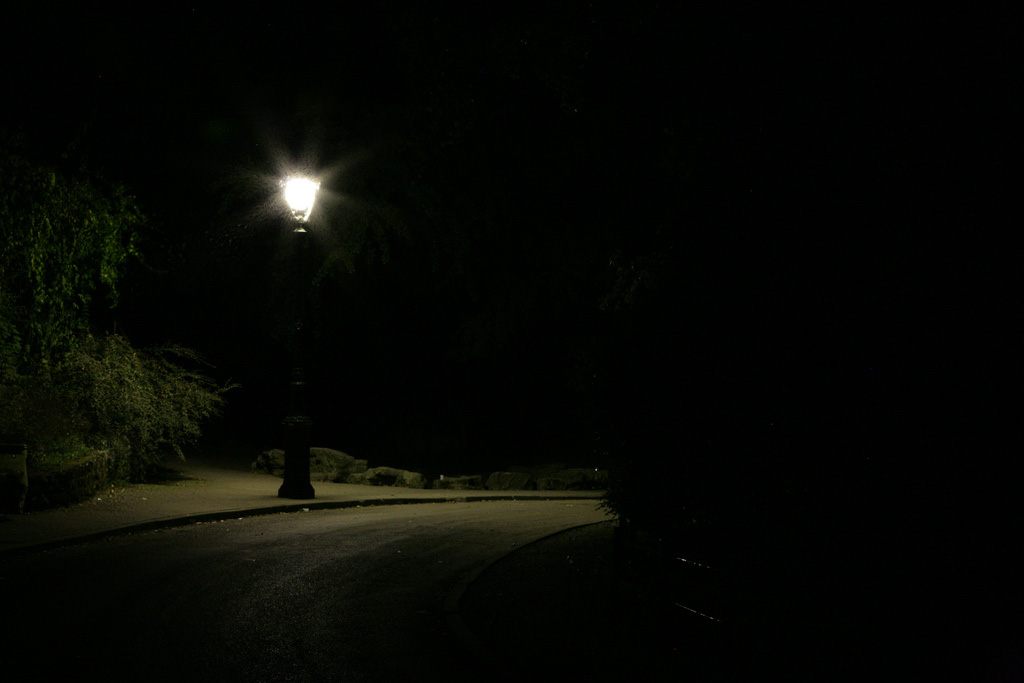 Funny, you’d think one would be frightened about walking with a perfect stranger into a dark, secluded area of Bois de Boulogne not even knowing if she is really a she. Yes she did flash her tits, but does that make her female? You won’t know unless you feel it up.

Paris is a two-sided wonder. During the day tourists gawk and jaws drop at human ingenuity: arts, food, fashion—though, perspicacity, for certain human necessities, is one of the city’s loose-fitted-masks—something locals know much about and tourists only hear about!

At night, museums and restaurants lock up. Majority of the tourists are asleep snug in their hotel rooms, or are planning tomorrow’s trip to the Louvre or Notre Dame. And while the men, women and children sleep; there is another breed of people, both local and tourists (the adventurous types), awake seeking more than ingenuity but more of human experience.

And that’s what we sought out for, as we drove our rented Fiat through the cobble stones of the Boulevard de Clichy. Past the red sex lights. Past the grimy sweaty Arabians pushing their provocative cards down passer-bys’ mouths. Past the costly and convenient strip and tease. Past all this and trying to find where locals seek a little more excitement than a store-front call-girl.

Bois de Boulogne a pretty decent park during day. A perfect place to run, hike, and bike ride. Safe and vast. But at night the wolves feast.

There is truly a whole new world when your step out of your hotel in Paris at night. The difference between Paris at daytime and midnight can surprise most, especially the first-time visitors.

We heard of the park’s infamous reputation of nighttime-park-whores. Where the females in the area during this time are not just there to break a sweat. So we decided to check it out. To see how humanity (depravity in American) works.

With the Eiffel Tower’s revolving light as our guiding light, we went onward over the waves of stone that history made famous. We sought a night’s adventure, and human practice.

Fueled on by hot vodka and curiosity we floored the Fiat through Parisian streets. Stopping at red traffic lights and obeying street laws but never the speed. The vodka needed it fast. And after passing the last of the street lights, the road seems to have grown dark, black. The only lights were of the Fiat illuminating the road ahead. But where do we go? There wasn’t really a sign with an arrow pointing “Whores This Way”.

We made lefts and rights. The streets were empty. I guess this place was only a myth. Our hopes dropped along with our excitement. We won’t be seeing Paris at night. But lo and behold out from a wall of darkness, headlights appear. The first car we’ve seen in the park at this time. He has to be here for the same reason. So we follow.

And a few moments after we started following the car, our decision to follow is vindicated. Like a drop of blood resting on a surface of milk, a figure stands, demanding her presence to be acknowledged. She appears from the black with only a blanket hanging off her stretched-wide arms, exposing her fake tits and shaved groin. Quickly she appears, and quickly she disappears as we pass her and watch her get swallowed up into the night.

“What was that?” I say, trying to pry back the night with my eyes to have another glance of her.

“That’s Paris.” My friend says as he taps my arm. “I think there’s more to be seen here.”

We made our way to a well lit strip of street. Where there’s actual traffic! And actual people on the sidewalks. But not your ordinary park people. Prostitutes of all shapes, sizes and colors speckle the scenery. Women in mini-skirts, high-heels, zippered jackets, tight short shorts. They sit along the wall on the sidewalk. Or they walk along with traffic cutting in between cars to get to the waving hand inside of it. We sit silently, inching all the way down the street in bumper to bumper traffic capturing all these women—the ones waving at us, showing their breasts to us, ignoring us. Our heads twist left and right not wanting to miss a figure, legs, tits or ass as they come into view.

“This is it. I can’t believe it.” I let slip as I lock on to a black hair, busty, hourly shaped woman, walking past our car as she counts her earnings. “We need to park.”

We get to the end of the street and see an opening to spin around. As we make our U-turn, we hear a woman shouting nearby. Screaming at another woman across the street. We see who it is: it’s an attractive brunette, wearing a white, leather mini-skirt and a broken blouse. Her face is scratched; three strips of red across her cheek. She keeps on yelling as we leave to find parking.

We park and lock the car twice.

As we are walking down the sidewalk it feels like it should be daytime. The quantity of people out and about gives it the feel of a busy city, of a lunch time downtown somewhere.

A few girls offer themselves to us. Winking and telling us fifty bucks as they shake their fist near their opened mouths. We keep on walking, without saying a word. Until, “you have to do it.” My good friend says, “You do it first and then I’ll go with the same girl.”

“What?” I say, shocked to be the first one to attempt anything. “Why do I have to be first? This was your idea.”

“When is it almost the same—?” I stop short as he motions his eyes across the street.

I turn and see what he is looking at.

A trio of tall women. Busty, slender, and very beautiful. I cross the street like if I was being sucked into their tractor beam. And I walk towards the one that has just shown me her breasts. I ask her how much for a blow job she says fifty and I say ok.

She takes me by my hand and I smell her paling perfume. For some reason though as I stared at her back as she gyrated her hips and stepped deeper into the woody park, I get a strange feeling that she might be a man. Not sure if it was her pouty lips or her tight-fitting-skin-stretching-tits, but something deep down inside of my drunken stupor is telling me that this attractive female is a male.

We stop and she asks me for the money. I give it up. And she places it in her bra. She switches on her charm words, “C’mon baby, let me suck that dick.”

I hesitate. With hands on my pants. Letting her take a button out. I say quickly from nowhere,” Can I check something?” And without waiting for an answer. I bend forward reaching down and over her skirt, up to her crotch to feel a substantial amount of padding between her legs. I leap back, and yelp an even quicker, “You’re a man.”

“No. Not even close. I’m not looking for that.”

“What are you looking for, baby?”

“Not this.” I say, feeling my buzz totally disappearing from me. “I need my money back.”

“Yes. Please just let me have it.”

“Ok, baby. But it would be good.” She hands me the money.

“No thanks. But not tonight.”

I walk out before her down the trail as fast as I can. Confused and embarrassed. I reach my friend, waving him with my hand to walk with me.

We quickly jump into the car. Me in the passenger side. Wanting to curdle up into a fetal position, and burn off my skin. “I can’t believe that was a guy.” I say as I stare out the window while we pass the whores of the night. “Are all these guys? Can they all just be a bunch of guys?”

“I think we should stick with the fat ones next time. They have to be girls.”

“There’s going to be a next time?”

“Can we just keep this between us?” I say, sounding defeated and beaten. “I really don’t want to relive this moment.”

“Yeah, man. I don’t blame you. You’re secret stays here.” He says as we pass the well lit street and into the safer part of the park, back into the dark, to the direction of our beloved hotel. Hoping for daytime, and softly cursing Paris’ nighttime attractions.

The Imam: A Turkish Delight, Sort of | Selcuk, Turkey