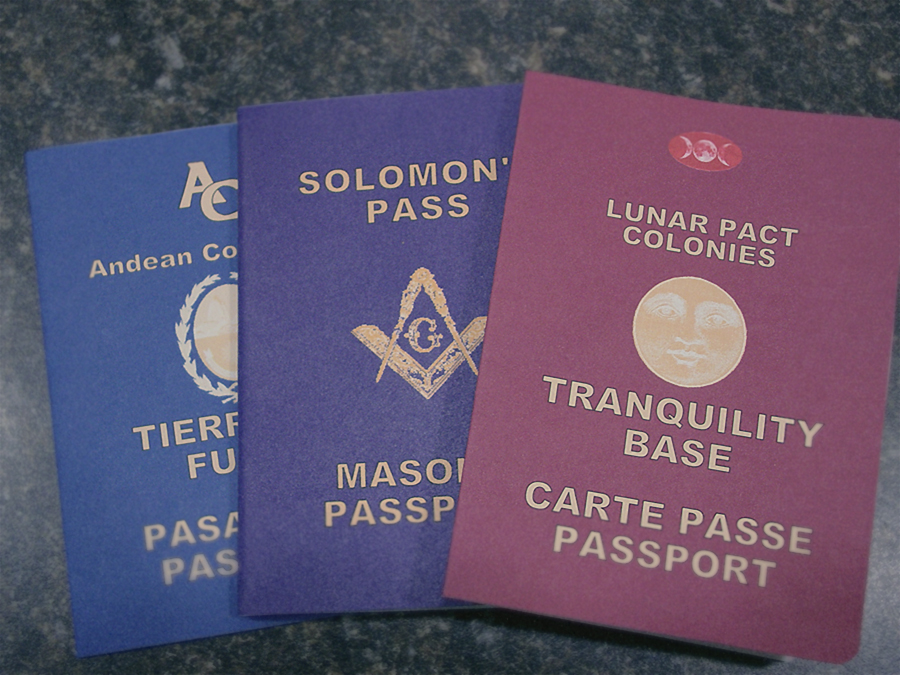 I’ve traveled extensively, and have learned that the world can be a hostile place for U.S. citizens abroad. Researching “next level” security options, I found online advice recommending “dummy wallets” with just enough cash to satisfy robbers, and even “novelty” or “fantasy” passports.

The U.S. State Department offers a wealth of travel tips – including their website, Travel.state.gov – but had nothing to say about novelty passports. The Citizenship and Immigration Canada press office did not return my calls.

I wanted something realistic enough to distract marauders, but not real enough to challenge customs officials. I chose a novelty passport from the Conch Republic – where citizenship is purely a state of mind. Of course, without entry and exit stamps it wouldn’t fool even the most benighted of evil wishers.

I opted for a quick trip to Victoria by way of Port Angeles (Washington State) and the M.V. Coho. I’d present my Conch Republic novelty “passport” as the novelty it is, and request “souvenir” stamps.

As naïve as this must seem to the most casual of readers, in my own defense, I’d done some research. Wikipedia lists distinctions between fraudulent documents vs. camouflage, novelty, or fantasy documents. And yes, it does caution that depending on the country, “ownership of a camouflage passport may conceivably put the bearer under increased scrutiny from law enforcement and intelligence agencies.”

And yes, Travel.state.gov clearly reminds U.S. citizens that their Constitutional protections DO NOT follow them across national borders. But I wasn’t going to some hostile country – right? Well – kind of right.

At Canadian Customs, I presented my enhanced driver’s license – and then asked Officer 11006 if she’d be willing to give my novelty passport a souvenir stamp. Big mistake. Perceiving a breach of Canada’s frontline border control, she kept my enhanced license and hustled me to a “forensic” back office where another agent went through my wallet.

The very measures I thought might help in the unlikely, but real threat of a terrorist scenario had backfired. I was now paperless, deprived of liberty and in effect, a hostage.

Ironically – the very measures I was hoping would assist me in the unlikely, but still real threat of terrorist hostage scenario had indeed landed me in similar circumstances. I was now paperless, deprived of liberty, and subject to increasingly stern and suspicious questions from my hostage-taker.

My thoughts drifted back to that most valuable U.S. State Department website for travelers, sub-headed Hijacking/Hostage Situations:

Consciously put yourself in a mode of passive cooperation. Talk normally. Do not complain, avoid belligerency, and comply with orders and instructions. I talked normally – and did not complain – much, and then only to protest the confiscation of my pocket knife.

Oh, and the final injunction that applied, to avoid alcoholic beverages, eat what they give you, even if it does not look or taste appetizing, but keep food and drink at a moderate level? I was offered no food (not even a donut) – but I did make a beeline for the nearest bar after my ordeal had run its course for a couple of quick Bloody Marys.

Once my captors had satisfied themselves that I was not a threat – simply stupid (Officer 11006 actually asked me if I was under a doctor’s care or taking any mental medications) – I was informed that I could go, but that my “suspicious” documentation would be confiscated.

Well, Travel.state.gov does indeed warn that Constitutional and Bill of Rights protections DO NOT follow U.S. citizens across borders. But rights to private property are generally recognized in all but the most primitive or corrupt nation states. I respectfully, but firmly (my first display of any emotion other than abject surrender) requested to see her supervisor, and without particularly good graces, was escorted to meet Marine Superintendent Rav Kumar. Superintendent Kumar was courteous, even jovial – but when I suggested that his staff had been at the least overzealous – he insisted that any less of a response would have netted them official reprimands.

I was released – without my property – but was given a receipt, and invited to request the return of my property officially, and in writing.

I made a beeline for the aforementioned Bloody Marys and pondered recent events.

What have I learned from this little experience? That drawing the line between proactive pragmatism and pure paranoia is often a tough call, with lots of room for armchair quarterbacking, regret and embarrassment if events prove your choice wrong. That just by submitting oneself for entry into a foreign country, you are voluntary forfeiting rights and protection you’ve learned to take for granted. That I’ll think long and hard before ever visiting Canada again – at least via Victoria.

Seattle native Mike Howard has traveled extensively in Europe, Africa, Southeast Asia, the South Pacific and the Caribbean. Recently retired after a 30 year career in public communications and marketing, he is continuing his travels, sharing his experiences with fellow enthusiasts as a freelance travel journalist.

The U.S. State Department issues travel warnings when long-term, protracted conditions make a country dangerous or unstable that Americans should avoid or consider the risk of travel to that country. Travel warnings are also issued when the U.S. Government’s ability to assist American citizens is constrained due to the closure of an embassy or consulate or because of a draw-down of its staff. Travel.state.gov lists current travel warnings for 33 countries, from Columbia and Guinea to Kenya and Mauritania. Mexico is included – Canada is not.