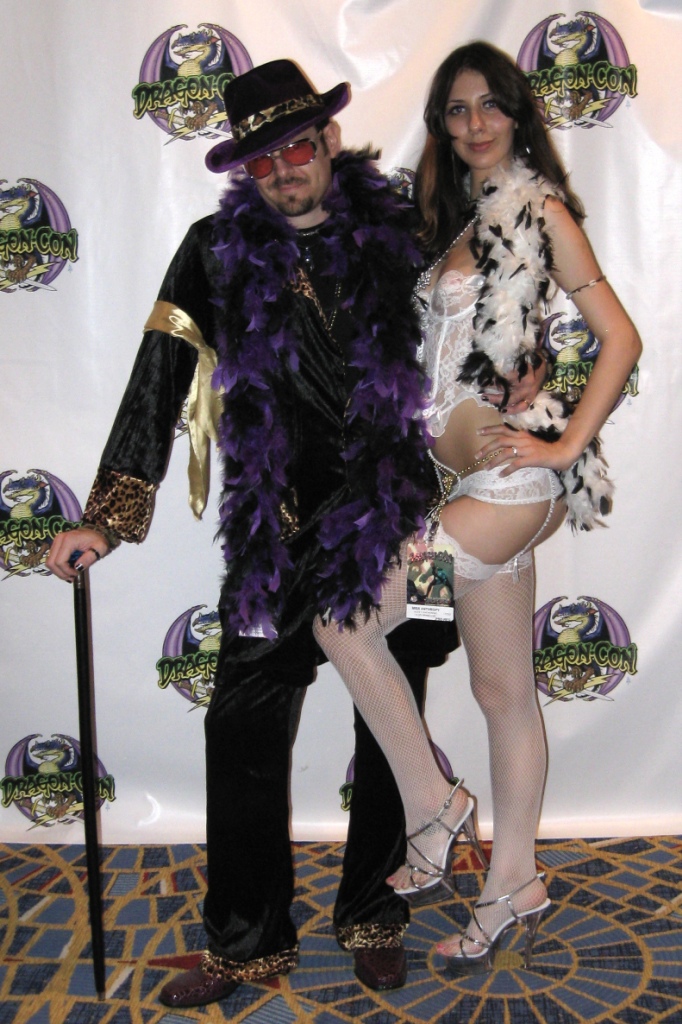 So it’s Thanksgiving Day and I’m on an airplane. A not-so-luxurious airplane, mind you, complete with crusty blue seats splashed haphazardly with those ridiculous pink, yellow, and green patterns that I thought for sure might give me a seizure . . . but nevertheless it was an airplane. And visual torture aside, it was an airplane that was taking me to my favorite place in the whole wide world, and that’s all that mattered.

Adventures of the Traveling Sex Bunnies is what you’re looking for.

I didn’t mind taking nearly a week’s worth of unpaid days from work if it meant that I could once again hear the rhythm of that crazy reggaeton, put an ice-cold bottle of Imperial beer to my lips and, of course, wear a shameless amount of clothing. (Read: prancing around in a one-piece bathing suit is practically considered modest there.) That’s not to say I think I look good in bathing suit, because quite frankly I’ve got a bit of a gut. But then again, that’s the beauty of the country of Costa Rica; no one really gives a damn.

I first traveled to Costa Rica when I was a junior in college and spent a semester in Manuel Antonio, dedicating four hours a day to sitting in a classroom attempting to roll my R’s and finally master the pronunciation of piedrero, which means crack dealer.

I did what any other girl in my place would do and gave him the look…?

What? It’s not my fault that crack dealers are a daily topic of conversation in Costa Rica.

Anyway, I had since returned to Manuel Antonio several times, this plane ride being number four. I always tell myself to stop being so stupidly sentimental and instead spend money on tickets to visit other foreign countries, but I simply cannot. There is just something about this culture that seduced me back in 2004, and now I’m just a selfish pig who can’t get enough. Costa Ricans themselves are a funny people in that they are somehow born with incredible memories. No matter how much time has passed, what color my hair is (it ranges from black to platinum, depending on my mood), how big my sunglasses are or how much weight I have either put on or lost . . . these people never fail to remember me. So maybe that’s why I like it—I feel welcome and important. Or maybe it’s Mauricio, my former Costa Rican boyfriend that kind of stays on reserve status. I should have known the first time that weasel kissed my neck the way that he did that I was in for it. Shit. Or maybe it’s the trio of girlfriends I had acquired, who refuse to let a day pass by without either a) drinking guaro b) drinking Smirnoff Ice or c) salsa dancing in the streets as if they had been drinking a or b. Who could resist this lifestyle?

So as I sat in the middle seat of aisle 34, armed with US Magazine, Life & Style, and some other smut for reading material (that I absolutely adore), I couldn’t help but notice an incredibly good-looking guy taking a nearby seat. Could it be? I really don’t know what the problem is, but it always seems like no matter what airline, flight or destination, I am forever doomed to be surrounded by disgustingly smelly weirdos. And if they’re not smelly, they’re insanely annoying. You know, “the talker.” The last guy that I was seated next to began telling me about his girlfriend’s hemorrhoids, for Christ’s sake. Like that’s ever appropriate. Or even entertaining. But the stud that just boarded? I thought he might have actually had a chance at being normal.

Obviously I did what any other girl in my place would do and gave him the look. One of those coy, come-and-get-me-if-you-dare looks in which girl proceeds to catch guy’s eye for a fleeting moment while simultaneously throwing a dangerous little smirk and then nonchalantly glancing away in the other direction without giving it a second thought.

And somehow it worked. Oh he dared alright.

Next thing I know, Mr. Tall-Dark-and-Mysterious has approached my seat and I pretend as if I don’t notice him there for a moment. “Would you like to join me and my friend for a drink,” he asks, the sex appeal just oozing out of his god-like Sylvester Stallone lips. I was already wet. Then again, it never did take much.

Naturally I accepted and there I was, suddenly seated in between two random men, on Thanksgiving Day, on a plane to Costa Rica. Unfortunately, to my surprise, Mr. Tall-Dark-and-Mysterious’ friend was not so, well . . . any of those things. In stark contrast, the friend looked to be in his early to mid fifties, complete with frizzy gray hair that, coupled with his fancy business suit, did nothing to aid his attempt at appearing distinguished. He actually reminded me a little of Bob Ross, which, if you are familiar with Bob Ross, know that this is not meant to be a compliment. (Sorry Bob-o) Keeping that in mind, you can imagine my utter disbelief (and disgust) upon learning—after about a half hour’s worth of chit chat—that I am not just seated in between two random men, but rather two random professional male escorts.

So much for being normal.

“…I bet princess here hasn’t ever even been to a strip club. Maybe we should give her a little present . . .?”

“Yeah, and I’m Dolly Parton,” I sarcastically reply to their rather awkward announcement of career choice. (If you could see my boobs, you’d understand why this was an outrageous statement for me to be making.

“No, really. We’re serious. Want to see some videos to prove it? I have my laptop,” said Bob Ross’s less (or maybe more, depending on who’s judging) artistic twin. I suddenly started to realize that I was, in fact, about to eat Thanksgiving dinner on a plane with two sexually promiscuous buffoons. Awesome.

“So, do you go all the way? Is it awkward? What if you can’t make them climax?” I inquired, firing off intrusive question after question. What the hell?

“First of all sweetie, making a woman climax is never a problem,” laughed Mr. Tall Dark-And-Not-So-Mysterious-Anymore, whose real name turned out to be Fadi. (Yup, pronounced like fatty. Don’t worry, I didn’t get it either.) “And, if you ask me, sex with anyone isn’t awkward if you know what you’re doing, baby.”

Great. Thanksgiving dinner with male escorts who are not just dirty, but conceited on top of it.

“Well, what’s the typical procedure? How do you get your clients?”

The two men automatically grinned at one another from each side of me, as if there was some kind of inside joke involved. My stomach turned. “We only work with high-end clients. Usually rich men’s wives hire us to spice things up a little bit while their husbands are at work,” said Fadi. “And it’s real good money, if you know what I mean!”

Suddenly, Bob Ross got a gleam in his eye and leaned across me to Fadi and said in his fake Italian accent, “You know, Fadi, I bet princess here hasn’t ever even been to a strip club. Maybe we should give her a little present . . .”

“Oh, I don’t know,” said Fadi with a hint of doubt in his voice. “You think she could handle it?”

“What do you think about that, princess?” Fadi turned to me, acknowledging my presence. “Would you like to see what real men are capable of behind closed doors?”

I forced a weak smile, and despite the violent urge to throw up, couldn’t help but be a little amused by the whole situation. While everyone else was sitting at home holding hands and saying grace in a formal dining room—about to devour a big fat turkey—I was spending the holiday being devoured by a couple of big fat perverts. By this point, it’s not like you can just switch the conversation over to political struggles in Nigeria.

“Actually guys, I think I’ll have to pass. I’m headed straight for Manuel Antonio.” I knew they were planning to stay in San Jose, so I thought this would be a safe answer, even though I was lying through my teeth. Pure disappointment came over their faces.

They pleaded and begged me to stay in San Jose for a night, and then started thinking that maybe they would go to Manuel Antonio too. This would have been, of course, my worst nightmare because there are only a few places in Manuel Antonio to go out at night. Running into them would have been inevitable. Fortunately, as I felt the relieving jolt of the plane’s wheels touching ground, my new male escort friends were willing to settle with just a phone number by which to get in touch with me in the event that they did, in fact, decide to travel to Manuel Antonio.

Obviously I gave them the wrong number.

As I speed walked through security and out to the fresh Costa Rican air that greeted me, I hailed the first taxi I could find. I slammed the door behind me, glad to have finally escaped their line of sight. I hadn’t even officially begun my trip yet, and already it was one of the most interesting I had ever experienced.

Apparently it just goes to show that if they’re that good-looking, you’re just as well off staying in your seat and admiring them from afar. At the very least, by the end of the flight you’ll still have respect for such perfectly molded bodies. (Bob Ross the exception.)
On the bright side, my new friends had somehow managed to lend the hemorrhoid talker some credibility! Oh, male escorts. Gotta love ‘em!
___________________________________
Ashley Ambirge – To learn more about this author please visit her site www.ashleyambirge.com 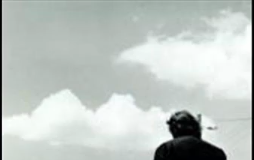