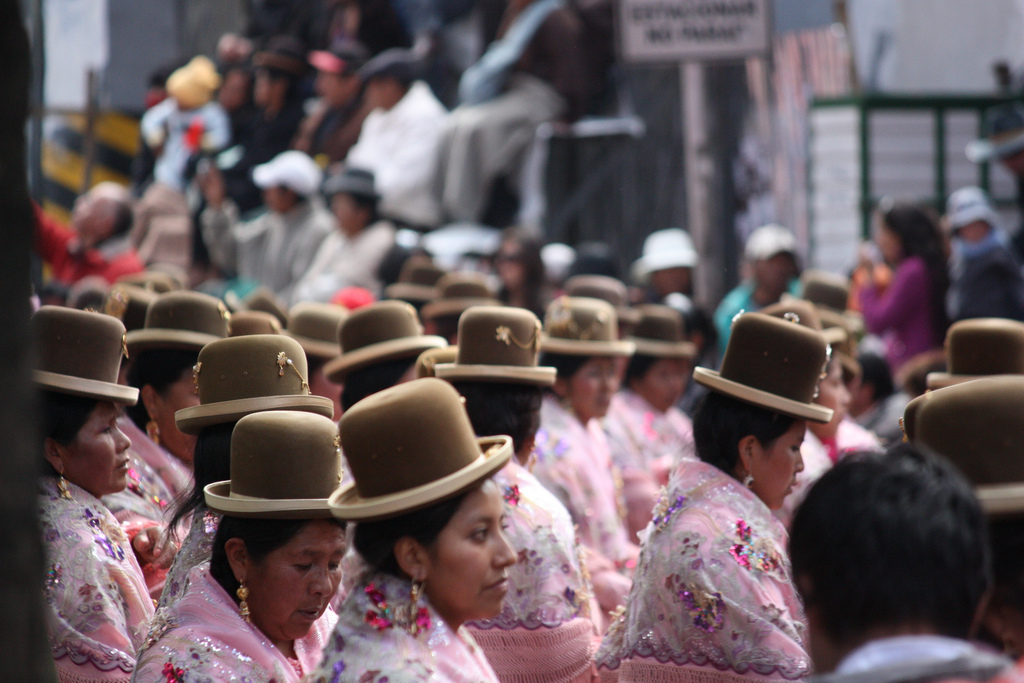 We get there terribly late in the day, around 4pm, but my ´girlfriend´ and I (whom I´ve known for a week and who knows about 10 words in English), are in good spirits after popping a ´chuckie tab,´ some pill which she says will cure our respective hangovers in no time. At least that´s what I think she says.

[quote]I´m soon beckoned to get up-close to a troupe of señioritas clad in light blue vests and short skirts as they twirl by, me snapping away with my camera… ‘Me gusta!´ I yell out as they pass, catching the eye of one particularly cute girl who flashes me a smile.[/quote]

By now hordes marching bands, long-dead Catholic saints, demons, deities and other costumed dancers have made their way down Calle 6 de Agusto, La Paz´s main thoroughfare, closed to traffic once a year for this very occasion. And many, many more are to come — in our midst are about 50 boiler-hat-clad Quecha women in long orange dresses, whirling around in unison. I start clicking away furiously with my point-and-shoot camera as my companion pulls my arm, manoeuvrings me through the clutch of onlookers, drink sellers and trinket hawkers. I don´t know if it´s the ´chuckie tab´, the the dozens of colourful costumes swirling about or the beer I´m now sipping on, but I´m feeling better already.

We find her friends and take a seat on the damp, booze-soaked street and clink our bottles together — no hangover can stop us! The party is the annual Gran Poder (´Great Power´ in Spanish) Festival, and as I look around I can´t help but wonder if all of La Paz — maybe the entire population of Bolivia — is here; I´ve never seen so many people in one place at one time. Actually that´s a lie. The only other time that compares was when I was in Buenos Aries in March to witness their annual Dirty War victims commemoration parade. I´m no good at gauging crowd numbers, but there´s got to be at least a couple hundred thousand people here, I reason.

I later found out that the performers alone made up some sixty-thousand-plus people from all corners of Bolivia, who descend on the capital in June every year to take place in the religious festival, which has its roots, strangely enough, in a painting of the Holy Trinity where Christ is depicted with indigenous facial features. From the 1930s onward, processions with this strange painting in toe began, and have over the years morphed into what is now one of the wildest — albeit lesser known — street parties in South America.

I´ve never been to Mardi Gras, but this is what it must be like, minus the bead necklaces and the booby flashing. Judging by the amount of booze that´s flowing, the thick cloud of weed smoke that´s blocking out the sun and the number of people who think they can dance as well as the performers, Gran Poder has got to be on par.

I´m soon beckoned to get up-close to a troupe of señioritas clad in light blue vests and short skirts as they twirl by, me snapping away with my camera (my second one of the trip — the first was relieved from my bag by a pickpocket in Sucre). ´Me gusta!´ I yell out as they pass, catching the eye of one particularly cute girl who flashes me a smile.

The ´girlfriend´ is visibly jealous by this, but the moment pops like a bubble by a thunderous ´boom! boom! boom! boom!´ behind me, from what I hope are firecrackers (and not gun shots). My heart tries to leap out of my chest and I stumble to the ground for cover, spilling my beer in the process. But with litre bottles of cerveza selling for 10 Bolivianos each (just over one US dollar), I get another one from the ubiquitous vendors walking through the crowd. Thankfully it was just a handful of firecrackers tossed at my feet that made me fall down like a drunken fool — gringo comic relief for the few dozen Bolivians now falling all over each other laughing at me.

The troupe directly behind the cuties in short skirts has no business following young girls; about 50 mean looking demonic creatures decked out in intricate red and white costumes and shiny armour breast plates. With golden masks hiding their faces they remind me vaguely of samurai warriors heading off to battle. But there´s no time to regard them as it´s these beasts who are throwing the firecrackers — into the air, into the crowd, at each other.

I dodge another volley and do my best to get photographic evidence of these things while attempting to not drop another beer, but I´m fearful of taking one of their tiny explosives in the head or groin. One of them stops in turns toward me and removes its mask, revealing a human face. He points to the beer in my hand and I give it to him, the guy drains nearly half of the bottle. But I´m rewarded for my offering — he hands me about five red and blue firecrackers attached together by a long fuse.

I light the fuse with my cigarette and throw them as far as I can down the parade route, turn heel and run into the crowd behind me. I hear them pop! pop! pop! in the distance and we all laugh hysterical, manic laughs — the ´girlfriend´, her friends and everyone else around us. This seems to impress two particularly drunk young revelers, who slap me on the back and ask where I´m from. ´Soy de Canada´, I say, and they ask other things I don´t understand — partly because we´re all drunk, but mostly because my Spanish is shit. One produces a half-empty bottle of whisky and motions for me to tilt my head back — I do and he fills the cavern of my mouth full and I gag trying to gulp it all down. I chase it with the remainder of my beer, and I then wonder vaguely if the firecrackers I threw hurt anybody.

My lady friend and I sit down on a quieter part of road and share a cigarette while watching the sun set over the neverending stream of performers. But I´m on my feet again in an instant, witnessing the coolest dance to ever grace the Earth. A group of indigenous performers dressed in green smocks with sleigh bells on their feet are making their way down the street by bending at the waist, swivelling their back and smacking the ground with their right hand three times, then hopping forward and repeating the pattern. And they´re all doing it in unison.

I´m determined to get the hang of the routine as I join in. I get pattern down (more-less) and I´m now performing amongst them and as well as them (at least I think I am through the haze of alcohol). A cheer goes up through the crowd as we all slap and hop our way down the street. I don´t know how far we go, but I eventually bow out of the dizzying routine after what seems like five minutes, my back and hand stinging.

This gringo is soon punished for taking such liberties with someone else´s culture. Behind my old dance troupe is a group of what look like cowboys in Mexican-style sombreros. A column of them nearest us are cracking long leather whips on the ground and taking no precautions for anyone who gets in their way. And we all deserved to be whipped, we unruly drunk gaggle of revellers who have little respect for the now-blurred line between spectator and performer. Shortly after this thought, a bolt of electricity shoots up my leg and I let of a shrieking ´awwwhh!´ as I´m whipped in the ankle, my inebriation doing nothing to blunt the sharp pain.

The lash left a large welt on the inside of my right ankle, and I walked with a limp for about a week after. I don´t care now, it´s healed. Come June 6th next year, I´ll be ready for the whip once again.
______________________________________
After being laid off from his job at a small Toronto-based newspaper, Mark Kennedy decided that life wasn´t all about work. He filled a backpack, bought a one-way ticket to Buenos Aries, and said ´adiós´ to Canada and its sombre economy and weather. He now spends his time travelling in, and writing about, South America. His most recent work can be found on the website www.travelmag.co.uk 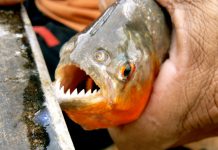 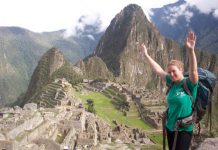 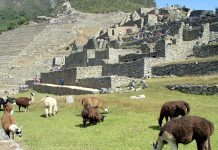