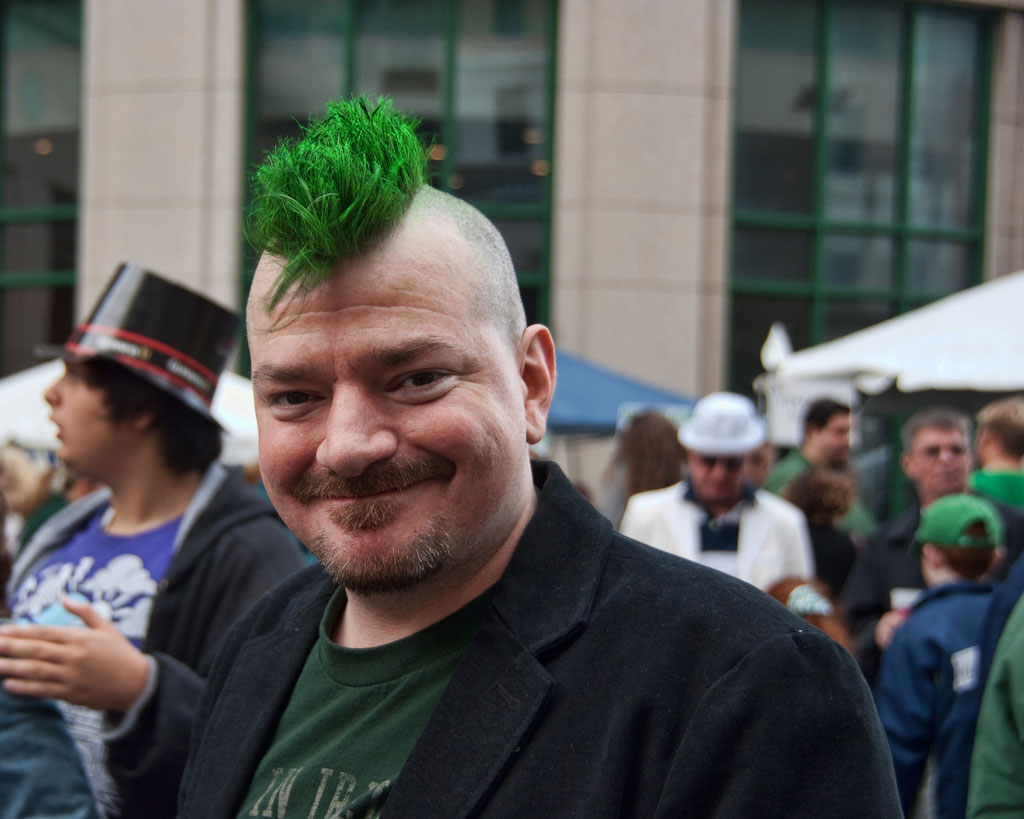 On rainy days in Kilkenny, Paddy Power drives the local mailman through Thomastown on his delivery route in his beat-up truck. I know this because Seamus Doolan, son of the village veterinarian, told me so. A resident of the town since he was born, the farthest Paddy ever wandered from Thomastown was to attend a funeral of a cousin who lived in Limerick – thirty years ago.

Paddy’s home is a three-minute drive from the center of the town – if you could call it that. Seamus gave me a driving tour of Thomastown and I nearly missed it. “It’s not much, I know,” he told me as we passed a couple of bars, a tiny post office, and a gas station up the street with a small convenience store and an ATM. Other than that, there’s little to see, save a few house-lined streets and some of the most stunning countryside Ireland has to offer.

The funny thing about Paddy driving the mailman around only on rainy days (and this is something that anyone who knows anything about Ireland knows), is that rainless days are few and far between – in fact, there only happen to be an average of 140 of them over the course of a year. But Seamus told me that you could bet your lunch money that on each of those other 224 days, Paddy Maguire, retired farmer of Thomastown with 94 years to his credit, putters over to the post office and parks outside the entrance, blocking all traffic on the narrow road. But cars wait patiently behind Paddy, and often the driver (who is always an old friend or neighbor) will come over to his window for a chat until Charlie the mailman comes out the door with his satchel of envelopes and small parcels.

Paddy keeps a small bottle of whiskey in the front seat on the chillier days when he thinks Charlie might need a swig to keep warm, or for when he thinks he might need a little pick-me-up himself; but he doesn’t drive drunk, and if you ask him he’ll tell you that he doesn’t get drunk – or so Seamus told me over tea and cake in his parlor. “I’m too old for that,” he’ll most assuredly tell you, though you’d be hard-pressed to walk into The Jerpoint Inn, the local Thomastown bar, without finding him sitting at his token stool. He stakes out his spot in the corner of the bar, wearing his old blue trousers and worn wool sweater, cap pulled down over his red face, damaged from years of working outside in the fields, and cracks jokes with Cormac the barman while nursing a Guinness – his drink of choice since the age of eleven.

Paddy heads over to the Inn after a full day of work with Charlie and stays late into the night, according to Seamus, drinking and talking with neighbors about the growing price for raising sheep and reminiscing about the past – the good old days of Ireland, as he calls them. He had a heart to heart with Seamus and his buddies one evening about how when he was their age, worthy Irish pubs were plentiful, smoky and dark, the perfect places for finding yourself and gathering your thoughts; that he would sit and listen to lively fiddles and loose tongues by an open fire, forgetting that a world existed outside of those walls. Paddy told him that old men would make themselves comfortable in rickety stools along the bar, skipping dinner at home to tip back pint after pint provided by the barman along with a few laughs. Paddy was quick to tell the lads that pubs were given to them by God as a chance to get away from it all, and that they had permission to drink deep into the night and live each moment, sip for sip of beer.

Few of these pubs still exist, Paddy told Seamus, hence the reason why he spends every evening he can at The Jerpoint Inn – it’s part of a dying breed, a timeless establishment tucked away in the confines of tiny Thomastown. To live in a town like this, Paddy said, with a bar such as the Jerpoint Inn, is very fortunate indeed – hence the reason why he rarely feels the need to leave its borders. Following the mail route several times a week is adventure enough for him.

And so it is that perhaps the luckiest of the Irish, such as Paddy — with their “gift of the gab” and their love for living — are those who spend carefree days sauntering down the narrow lanes and country roads of Thomastown, and reserve their nights for their very own local pubs. Seamus told me so. More or less.