Home Covering Ground When in Rome…

We are taking a visit to Rome, Italy. Well, actually, our fellow travelers using Twitter and Instagram to document their Roman experience will be guiding us to this ancient and modern world city. Let’s hope they don’t get separated from their loved ones as they do in most classical romance movies…but I guess that would be a fitting adventure in a city like Rome.

They’ve sighted many notable attractions that the Italian capital has to offer, including: the Vatican, the Spanish Steps, and obviously the food.

Let’s take a look at what our generous travelers have wanted to share from their visit to Rome, Italy.

When in Rome and thirsty, Drink Water!

Or Coffee, which is recommended after a day of sight-seeing

#Flowers at the #Colosseum in #Rome #Italy #July pic.twitter.com/FKbk1VOHUx

Today was a good day, saw the trevi fountain and a man with a boob job #wheninrome

the historical spots in #Rome are cool. but the neighborhoods complete the story. pic.twitter.com/ixvCXwIw7O

Time to Munch on some yummies

Coke cans in #Rome actually made to mimic Leaning Tower of Pisa. pic.twitter.com/G5ayYtqmTN

I spent so much money on wine today that American Express emailed me saying, "really?" #wheninrome #napaproblems 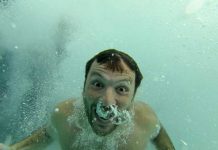 Q&A with Zane Lamprey on his new show CHUG 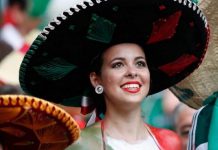 AquaVault: Securing Your Things While at Beach or Pool

Where To Play Poker in France